Epic Games and Sony are jumping into bed with each other thanks to confirmation of a Fortnite and Horizon Zero Dawn crossover.

The Fortnite crossovers are coming thick and fast, with the latest sleuthing confirming that a crossover with Horizon Zero Dawn is on the way. While we're sure most of you reading this article will have jumped off the Battle Bus for Epic Games' battle royale bloodbath, not everyone might've played Guerrilla Games' Horizon Zero Dawn.

The 2017 Sony exclusive was one of the best-selling PS4 games of all time and neatly sits alongside The Last of Us, its sequel, and 2018's God of War as the best the console has to offer. Horizon Zero Dawn takes place in a prehistoric future that's ravaged by dinosaur-like machines. The game focussed on a hardened heroine called Aloy, who was hell-bent on uncovering her past and surviving this technological terror.

After the addition of raptors to Fortnite Chapter 2 Season 6, we'd hoped for a proper Jurassic Park crossover. Looking like life, uh, hasn't found a way, we might have to settle for this dino-mite idea. With Horizon Forbidden West just over the "horizon", now is the perfect time for a Fortnite crossover between these two giants.

What is the Fortnite and Horizon Zero Dawn Crossover? 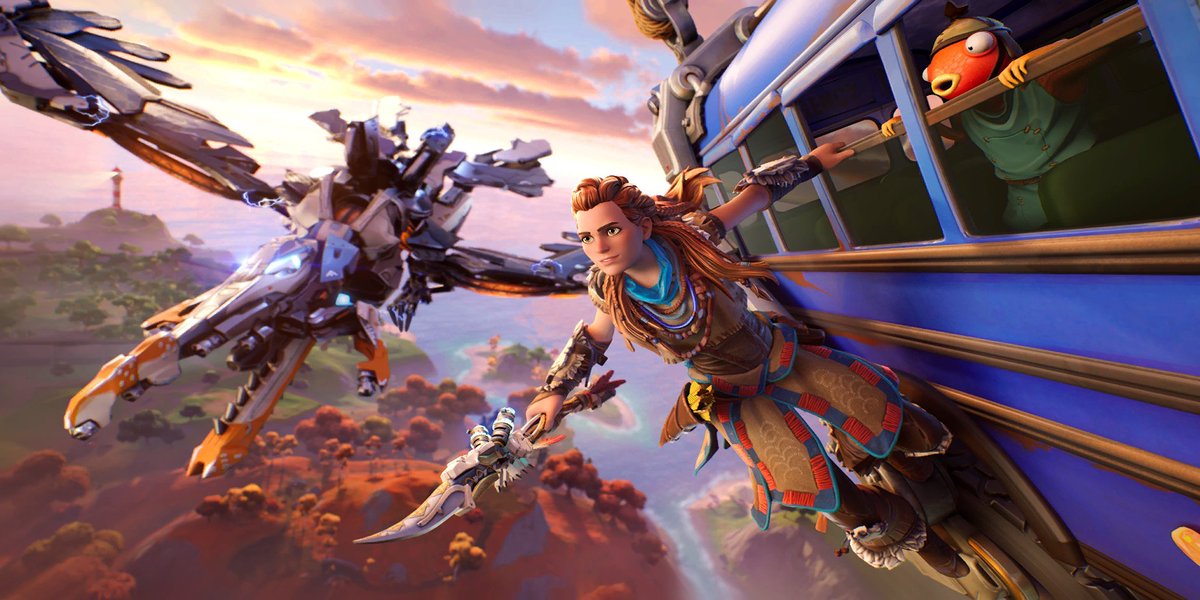 Reputable Fortnite leaker HYPEX first broached the idea of Aloy drawing back her bow in Season 6 of Fortnite, and claimed that not only will she be arriving in style, but have her own LTM to dive into. It didn't take long for both sides to make it official, with a lengthy blog post from Sony confirming Aloy is tooling up and getting ready for both the Aloy Cup and “Team Up! Aloy & Lara". The addition of Lara Croft has been big news for Season 6, as the former PlayStation mascot made her mark on the map. Continuing Sony's Gaming Legends series, Aloy is the latest to make the leap.

An Aloy bundle is set to land in the shop, that will include her skin, the Blaze Canister Back Bling, Glinthawk Glider, Aloy’s Spear Pickaxe, Shield-Weaver Wrap, and Heart-rizon Emote (great name). Sony added, "All items in the Horizon Zero Dawn Bundle will be available individually, but the Bundle includes the Aloy the Skywatcher Loading Screen as an added bonus. Additionally, anyone who owns the Aloy Outfit and plays Fortnite on their PlayStation 5 will unlock the Ice Hunter Aloy Style, based on the Banuk Ice Hunter outfit from Horizon Zero Dawn".

When is the Fortnite and Horizon Forbidden Dawn crossover going live? 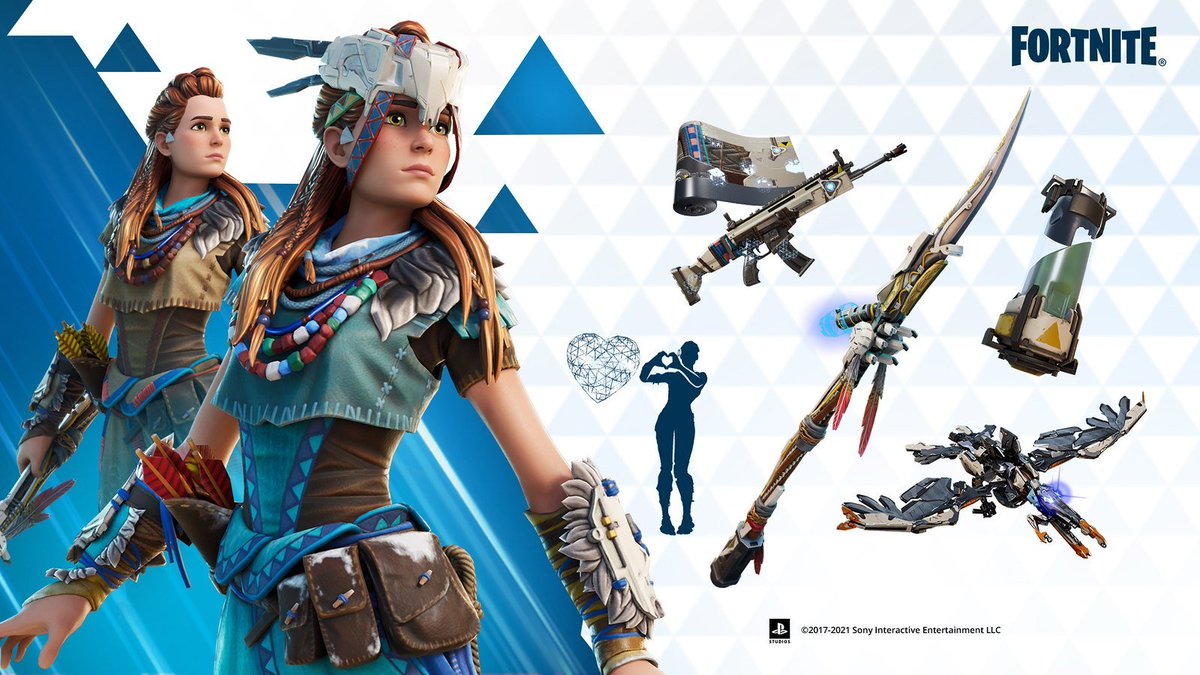 If Aloy coming to the shop wasn't enough, the Aloy Cup is a Duos tournament taking place today (April 14) and puts an emphasis on bows. Given that this is Aloy's weapon of choice in Horizon, it makes a lot of sense. The top-performing team in each region has the honour of unlocking the Horizon Zero Dawn Bundle before it officially releases in-shop tomorrow (April 15). As well as parading around Boney Burbs in your finest Aloy look before everyone else, you'll also get some serious bragging rights. Be warned though, the Aloy Cup will only be available to PS4 and PS5 players.

Finally, “Team Up! Aloy & Lara” goes live on April 16 and is another twist on Duos. You and your partner head out into the wilderness, with one of you skinned up as Aloy and the other as Lara. Aloy players are only equipped with a bow and arrow, while Lara has to rely on her signature dual pistols. There isn't much else to go on with the LTM, other than a description that reads: "Keep an eye out for wildlife and master your crafting skills to upgrade your weapons".

Considering Aloy is the second big Sony name to wade into Chapter 2 Season 6, it looks like Epic Games and the house that PlayStation built are chummy bedfellows right now. The news of a Fortnite and Horizon Zero Dawn crossover comes off the back of Epic securing more funding and Sony stumping up a whopping $200m for investment. If the trend of PlayStation favourites coming to Fortnite continues, we're soon going to be asking, "Where's Crash Bandicoot?" Only time will tell whether this is a start of a blossoming romance between the two companies.