In a video posted to the Fortnite Competitive Twitter account, famous Fortnite analyst, Sundown, gave fans a brief summary of what to expect in Fortnite Champion Series Chapter 2 Season 2.

With fans losing faith in the future of competitive Fortnite, Epic surprised the community today with the announcement of Fortnite Champion Series Chapter 2 Season 2. A warm-up tournament will occur from March 13-15 with the official tournament set to begin on March 20.

In a video posted to the Fortnite Competitive Twitter account, famous Fortnite analyst, Sundown, gave fans a brief summary of what to expect in Fortnite Champion Series Chapter 2 Season 2.

Fortnite Competitive
@FNCompetitive
Calling all Agents!
It's time to find your Duos partner for the #FortniteChampionSeries: 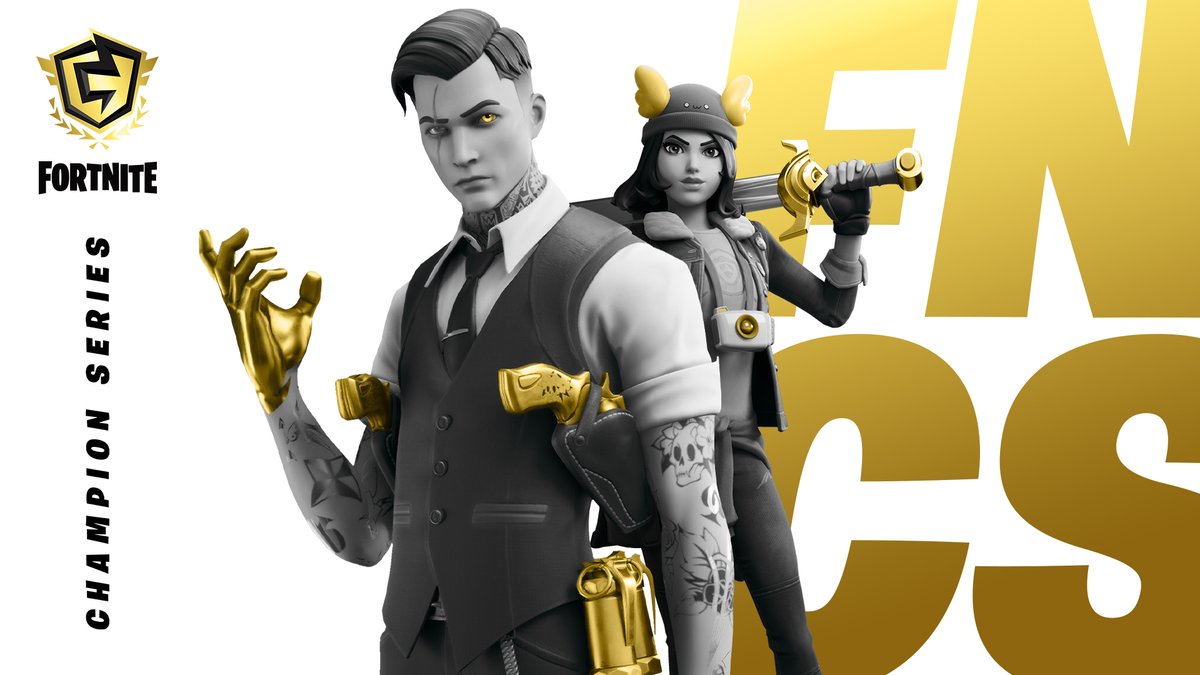 Perhaps the biggest takeaway from the video is that the new series will include separate tournaments for both PC and console/mobile players. The rivalry between PC and console has been heated. This will allow both parties an equal shot at winning some cash while avoiding the unfair matchups. In addition, the prizing will be equal and players in separate platform groups will be blocked from partnering up.

The format for Fortnite Champion Series Chapter 2 Season 2 is nearly identical to the one we saw in Season 1. Each week, there will be three rounds of competition. Duos will need to reach a certain point threshold in rounds one and two to earn a spot in round three. Round three will consist of the top-50 duos. The top performers will secure a spot in the semi-finals to be held later in the season. The second way to qualify is by week-to-week consistency. If a duo consistently places well each week, they will earn a spot in Stage 2. This is to reward teams that clearly have the talent but may have been RNG’d out of one of the top spots.

There will be four total weeks of qualifying tournaments. For the regions of Europe, NAE, NAW and Brazil, the top 20 teams each week, on each platform group, will qualify. In addition, the top 120 duos in total cumulative points will also qualify. This brings a total of 200 teams to Stage 2.

The same will go for Asia, OCE and the Middle East. The only difference is that instead of 20 teams each week, only the top-10 will qualify. The same goes for cumulative series points. 60 teams, rather than 120, will move on. 100 total teams from these three regions will qualify.

As you would expect, the prize pool for each region will be different as well. The prize pools vary from $10K USD for the smaller regions all the way to $70K USD for Europe. Also, as was with the FNCS tournaments of the past, each week will have its own prize pool. These pools will vary from $1.13K USD to $5K USD. The prize pools appear to be smaller than the ones seen in previous Epic Games sponsored events. This is likely due to the mix of separate PC and console/mobile tournaments as well as the inclusion of separate tournaments for each different region.

The majority of the community is ecstatic, they are just happy to finally be able to compete again. However, as is tradition, a vocal minority felt the need to air their negative feelings and complaints.

Fortnite is known for saving big announcements for when they face competition from the outside. For example, it was not until Apex Legends emerged as a serious contender for the top Battle Royale game that Fortnite made changes long demanded by the community.

This time, it was the news of Call of Duty: Warzone that forced Epic’s hand. Just hours after the announcement of the highly-anticipated Battle Royale mode, Fortnite released their competitive news. The community took notice and let them hear it.

The separation of platform groups led to many disgruntled pro players voicing their thoughts on the matter. Pros such as yung calculator are upset that the prize pools have been diminished to appease a “inferior” platform. yung calculator believes that everyone should play on PC if they want to compete and that esports is not “Make-A-Wish”

Famous former console player, Nickmercs, retorted that this is just the beginning of complete separation of inputs/platform groups and that everyone should be satisfied with Epic’s decision.

For more news and updates regarding competitive Fortnite, stay tuned here at GGRecon.