Fortnite fans think they've unlocked the secrets of the Batcave, as dataminers seemingly uncover the Caped Crusader's base of operations ahead of time.

If you need somewhere to park your Batmobile in Fortnite, dataminers think they've uncovered the not-so-secretive location of the Batcave. While we've known for a while that the Dark Knight could be unfurling his wings (again) in Epic Games' battle royale favourite, it looks like the various map updates are about to add a new POI in the form of the hero's base of operations.

Fortnite players from back in the day might remember Gotham City replacing Tilted Towers in Chapter 1 Season X, however, the return of Batman heralds a much bigger arc thanks to the Fortnite: Zero Point crossover comic. The comic deals with Batman finding himself trapped in the nightmarish loop of the game where time resets every 22 minutes, and he's faced with a Groundhog Day-inspired scenario. Issue #2 is out on May 4, but with questions about when (not if) Bruce Wayne is going to wake up in-game, the latest update gave us a major clue.

Where is the Batcave in Fortnite? 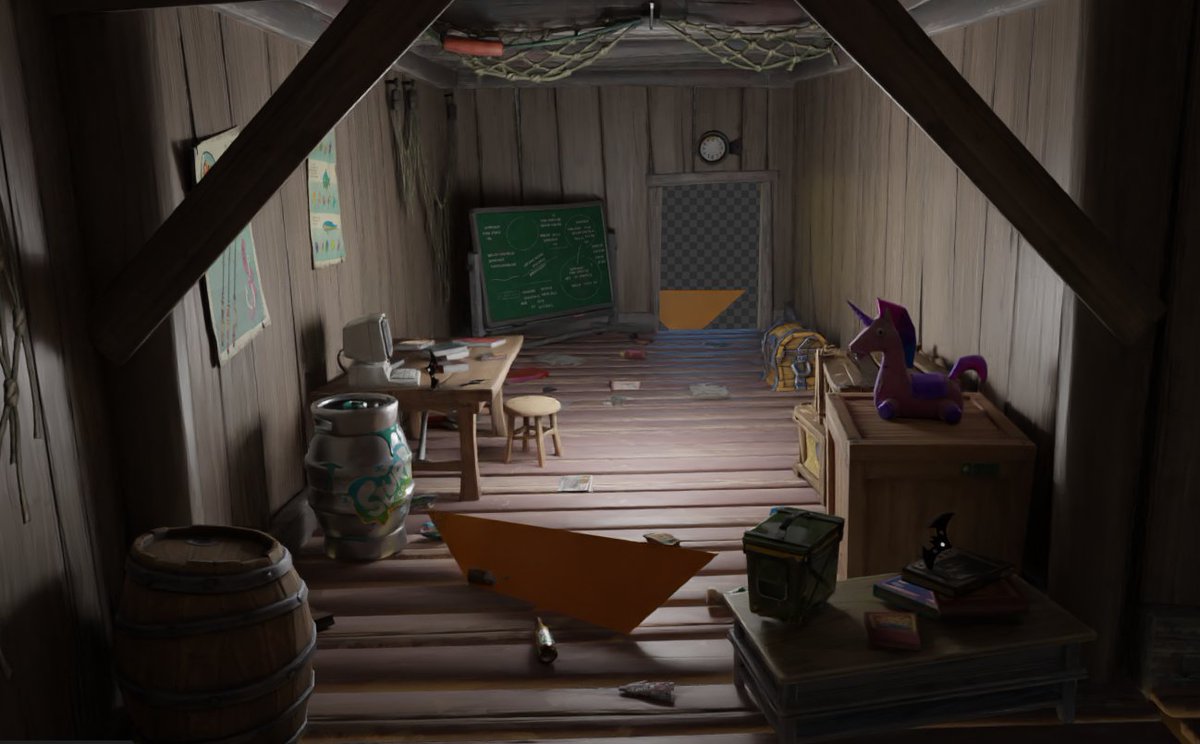 The first iissue of Zero Point confirmed the Batcave is already on the island - well, Batshack. Now, dataminer Lucas7Yoshi has dug a little deeper into the v16.30 patch and found assets for the Batcave. It's a pretty humble abode that includes the character's signature emblem above to door. You know, in case you weren't sure who lived here. It's hardly a secretive HQ, but at least it shouldn't be too hard to track down.

In terms of where the Batcave is going to be, its rustic aesthetic makes it look like it'll sit in Shanty Town, to the west of Slurpy Swamp. Interestingly, others have pointed to an island just off the coast of Flush Factory. Even if it doesn't look like much, it could simply be the entrance to the Batcave. HYPEX previously claimed the Batcave would be under Flushing Factory, while the description for Issue #6 of Zero Point mentions Batman and other characters exploring an "underground complex of the island" in order to escape the loop. Either the island or Batshack sounds like they're gateways to a much bigger underground system that will hopefully look like a more typical Batcave from the comics.

What does the Batcave mean in Fortnite?

Importantly, the arrival of the Batcave in Fortnite is the first part of the Caped Crusader unfurling his wings and swooping down onto your favourite POIs. Despite ideas the DC vigilante might jar against the general themes of Season 6's "Primal" theme, let's remember a familiar face from the comics is already part of the Battle Pass. When you reach Tier 77 you get to unlock the Rebirth Raven skin. The founding member of the Teen Titans can also be found at her house as an NPC between Sweaty Sands and Fort Crumpet.

In terms of where the second half of the season goes, we're clearly in for a wild ride as the Zero Point crossover comics come into play more. We've already seen the Rebirth Harley Quinn skin come as a redeemable code with Issue #1, but there are high hopes a smorgasbord of DC characters will land in the shop. Alongside the previously teased armoured Batman skin, Deathstroke is another likely addition to the battle royale party. As the map continues to get an update, we're hoping Changing Rooms will be heading to the Batcave to give Bruce a spruce. Clearly, interior decoration isn't on the billionaire playboy's to-do list.