The latest Five Nights at Freddy's Trailer shows off the next-gen game as Steel Wool Studios and ScottGames get ready for Security Breach.

If the Child's Play movies have taught us anything, it's that seemingly adorable kid's toys are anything but. While Scott Cawthorn's Five Nights at Freddy's games don't have a knife-wielding Chucky, they do feature the altogether more sinister premise of animatronic animals coming to life and going on a murderous rampage. We're sure most of you visited the McDonald's PlayPlace back in the day, so just imagine if a giant robotic Grimace, Mayor McCheese, or the Hamburglar came chasing after you.

The Five Nights at Freddy's games have grown from the humble roots of an indie survival-horror in 2014 to become a major franchise. With the upcoming release of Five Nights at Freddy's: Security Breach, the eighth instalment in the series will take Freddy Fazbear and his murderous troupe to a whole new location to explore its biggest map yet. Security Breach is coming to PlayStation 5 and PC later this year as Steel Wool Studios and ScottGames want to show what they can really do.

More than just giving the familiar faces of Freddy and his friends a fresh lick of paint, everything has been given a suitably modern upgrade. In the Five Nights at Freddy's trailer, there's a spooky robotic voice over calling out to "Gregory". Although there's no sign of Freddy or the two new additions to the cast of characters, we know they're out there in the shadows.

We're getting some serious BioShock System Shock vibes as the camera pans through the empty halls of a neon-splashed shopping mall. By the sounds of it, the computer has gone full Space Odyssey 2001 and is hell-bent on terminating all human life. Details are thin on the ground, but we know the next game will take place in the three-story Freddy Fazbear’s Mega Pizza Plexg - which is seen in all its glory in the trailer.

Apart from a much bigger locale to try and escape from, we're expecting the usual point-and-click elements as you use security cameras and hacks to try and evade those murderous machines. Five Nights at Freddy's Security Breach will debut on PlayStation 5, PlayStation 4, and PC, with other platforms expected three months later. Whether you're fresh to Freddy's or a hardened survivor, there's no denying how great it looks with the new ray tracing technologies.

Five Nights at Freddy's trailer: What else do we know?

andy kruger
@andykruger7
@NVIDIAGeForce @SteelWoolStudio that it? that's the trailer! THAT WAS JUST A BUNCH OF CHEAP WALK CYCLES! 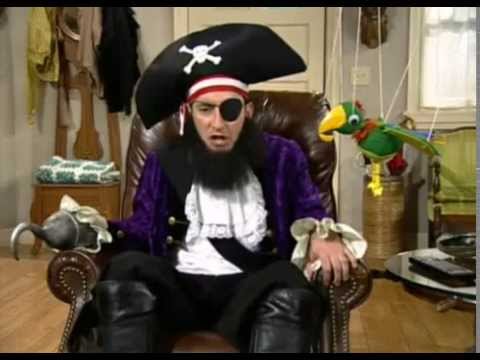 Twitter was divided by those that loved the look at the glossy graphics and those who were peeved that there was no actual gameplay. Either way, there's clearly a lot of work that's gone in to make Security Breach into a truly next-gen successor. The franchise has churned out a lot of games in the past six years, making it a little hard to keep up with what's going on. However, it's clear the next entry is taking Freddy's into a whole new era. It really seems that bigger is better.

Andrew Dayton, Co-Founder and CEO of Steel Wool Studios, explained Security Breach is “incorporating many of the cutting edge RTX technologies such as ray tracing, global illumination, and DLSS". Posting an update on its own site, Steel Wool said, "Everyone here at Steel Wool sends a special thanks to the FNAF community for all of your patience and positive attitudes as we continue working on Five Nights at Freddy’s: Security Breach! 2020 was a crazy year and 2021 seems to want to keep that trend going.

"Through it all, the team is working hard on the next chapter of the FNAF gaming franchise, and we are excited to show the fans more and more as we march towards release".

Weirdly, Freddy and co. were never intended to be scary. The characters first appeared in a simple building management game called Chipper and Sons Lumber Co., however, the title was panned as critics cited how scary the characters looked. Cawthorn took this in his stride and evolved them into the terrifying monsters that have made FNaF so iconic. We can't wait to see what that bloodthirsty bear has hiding up his furry sleeves when Five Nights at Freddy's: Security Breach is released later this year.