Respawn Entertainment has revealed some hidden facts about the first Apex Legends map as the hero shooter celebrates its two-year anniversary.

We're wishing Apex Legends a very happy birthday, as Respawn Entertainment's beloved hero shooter celebrates its two-year anniversary. Following in the footsteps of Overwatch, this Titanfall spin-off made its mark on the first-person shooter scene in a big way. As we jump back off the dropship for Season 8, Apex Legends is back with a bang thanks to the introduction of Fuse as its latest Legend. With Season 8 marking the return of the beloved Kings Canyon to map rotation - while World's End and Olympus sit it out for now - it's clear to see how far we've come in just two short years.

Kings Canyon is the OG we're all used to playing, however, it's undergone a lot of changes over the years. Season 8 has swapped out Slum Lakes with Spotted Lake, there's the smoking wreckage of Fuse's ship at Crash Site, and Observation Towers let you get a better view of the competition. Fuse's arrival has definitely taken an explosive toll on Kings Canyon as we enter a new era, so the timing couldn't be better to look back at what could've been with the first Apex Legends map.

How was the first Apex Legends map different?

In a new Apex Legends blog post, Game Director Chad Grenier opened up about what the original map design looked like. Namey, early Apex tied back a lot further to its Titanfall roots. Following the success of Titanfall 2, Respawn started work on a third game before it shifted gears to create a battle royale mode within the Titanfall universe.

According to Grenier, two Reapawn designers game up with a mode called "Survival", which let pilots and Titans duke it out to become last man or woman standing. Although there was a smaller lobby size (24 players), trios were always at the forefront of development.

Seeing the potential of the title, Apex's team grew to 20 by October 2017 alongside the first rough versions of Bloodhound, Gibraltar, and Wraith. Excitingly, Grenier hyped that while the map (simply called "real big map") was sparse, it allowed Titans to roam freely and included wall-running. Sadly, both features were later scrapped. To this day, there are still requests for wall-running to be introduced. It's an issue that has been raised time and time again, but as it stands, has been limited to the likes of the Halloween "Fight or Fright" LTM. Grenier admits that while they tried to keep the Titans for months, Respawn eventually accepted they were making something completely different to Titanfall.

What happened next to the first Apex Legends map? 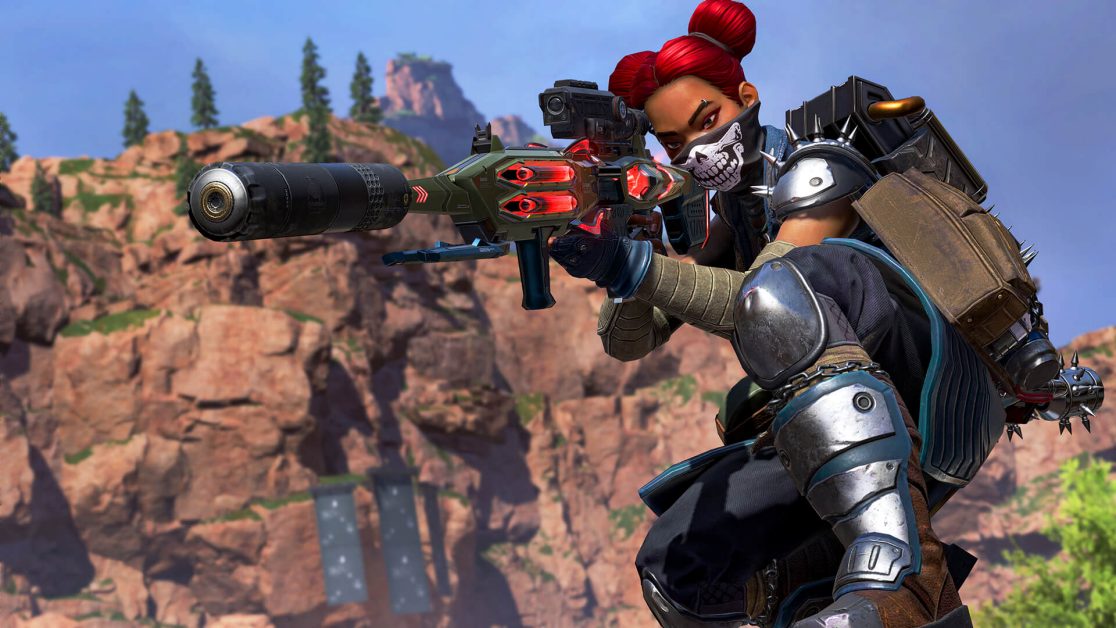 SX2
@SX2Gaming
Apex Legends season 8 launches today. I'm looking forward to going back to Kings Canyon. Season 7 was the first season I haven't completed the Battle Pass as I didn't like the new map so hoping this keeps me interested throughout the whole season.

By November 2017, the first playtest was ready to go - dropping 50 players onto the map that would eventually become Kings Canyon. Survival evolved into Apex Predator, abilities were introduced, and respawning was added. Discussing the early days, Grenier added, "It became clear to us that we had something great on our hands, and our plans for the other project were scrapped. We were then all-hands on what would eventually be called Apex Legends and would never look back. Of course, thinking you have a great game on your hands doesn’t mean the world will love what you’ve created, so we were all very anxious to see how our game did at launch".

Those who were around back then might remember the secretive launch of Apex Legends. Grenier said it was all done behind closed doors, meaning players could literally jump into Kings Canyon as soon as they heard about Apex. There was no dragged out marketing campaign or waiting around for the title to drop. Just before the launch, Respawn invited top streamers to try the game for two hours. "Two hours turned into eight, and they didn’t want to put it down, said Grenier, "The team was starting to become overwhelmed with excitement".

Of course, the hype surrounding Apex allowed it to fly before it could even walk. Just three days after launch, it hit 10 million players, followed by 50 million in just 24 days. Looking to the future, Grenier said, "Since launch we’ve had eight season launches, over a dozen lore events paired with original video content and over a dozen major in-game events. We’ve added two new maps, vehicles, eight new legends, and countless other limited-time game modes and improvements to the game".

Season 7 and in the introduction of Olympus was a major milestone in terms of post-release development, while Season 8 is another important stepping stone thanks to the Nintendo Switch release just around the corner. Even if many of us would love to imagine a version of Apex Legends that included Titans and wall-running, we've come to accept the one Respawn released to the world. Either way, it's interesting to learn what the first Apex Legends map started out life as.