Finding new homes for the Mayhem’s departed, and those who could replace them.

The Florida Mayhem came into the 2020 season with nowhere to go but up. After finishing second to last in 2018 and last in 2019, the Florida Mayhem were at rock bottom as a franchise, looking desperately to find the right pieces to make them at the very least competitive amongst the rest of the league. Yet, working with the leftovers from their 2019 mid-season pickups, and making some huge, key additions along the way, the Mayhem turned a franchise stained with irrelevancy into becoming one of the hottest teams in the Overwatch League.

With the added flavour of a more aesthetically pleasing colour scheme, the Mayhem is a story proving that hard work, good leadership, and a proper vision, can be a recipe for success. Yet, all good things must come to an end, and even though the Mayhem had a great season, they’ve elected to let go of a few players. Most of the departed weren’t exactly starters, but they were individuals who played some role in the triumphs of the Mayhem. Main tank San-ha "Karayan" Choi, flex support Seong-ju "Byrem" Lee, and main support Jun-soo "Kris" Choe have all entered free agency, and hitscan DPS Jung-woo "Sayaplayer" Ha has retired to play VALORANT for T1.

Considering these new roster moves and vacancies, it’s fun to speculate which teams could utilise the services of these players, players who certainly deserve to make it back onto a team in the league in some capacity. It’s also fun to see which players could make good fits into the now open positions on the Florida Mayhem’s 2021 roster.

Karayan may have seen little playtime in a year mostly dominated by Orisa, but when he was fielded, he certainly put on a show. Karayan’s trademark was his aggressive Reinhardt, which proved to be just the right fit for a Florida Mayhem stacked with rookie players who wanted nothing more than to just jump into the team fight and play the video game. Early on, his antics earned widespread recognition, especially in their match against the NYXL at the Houston Homestand, where he went up pound for pound against Dong-gyu "Mano" Kim, one of the best main tanks in the Overwatch League.

Karayan’s performances were one of the first few bright spots that showed the Florida Mayhem were heading to newer heights at the start of the 2020 season. While he still remains largely unproven as he was really only showcased in a very early, Reinhardt-centric meta, Karayan’s aggression could provide a team with the variation in playstyle they might need. A lot of the franchises’ futures are uncertain at the moment, but if history is anything to go by, the Washington Justice is a team that could certainly use Karayan’s prowess to give them a bedrock main tank to stand by.

When looking at teams that need upgrades to the main tank position, Karayan looks to be a player who can help elevate the Justice roster as a whole. While it’s ill-advised that he would be the only main tank on the team, Karayan could be a back-pocket insurance policy that could bail Washington out when they need someone to break through a choke point swinging. He’s proven himself capable of going pound for pound with some of the greats and could be a key figure for the stars and stripes in 2021.

swingchip #BLM
@swingchip930
[BYREM]
The biggest jokester on our team, and would always make our chefs day by singing her praises and being the #1 fan of her cooking.
And whenever I couldn't find Nimbus in the office I'd know he'd be somewhere getting pets and cuddles from Byrem! 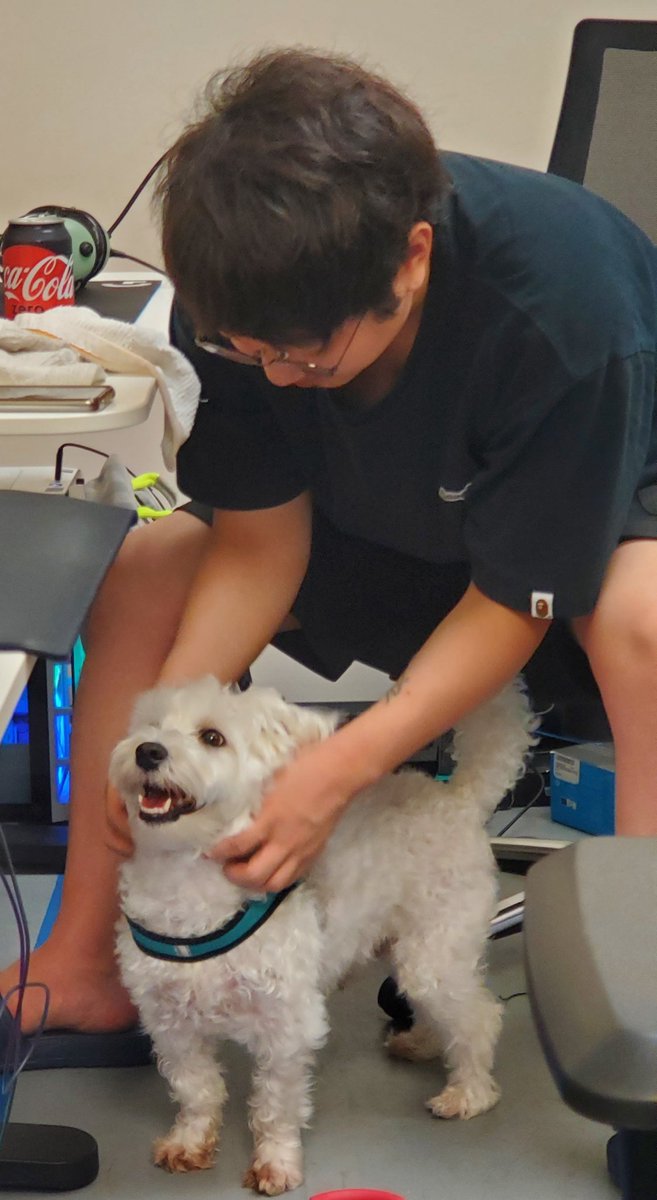 Byrem has a very similar story to Karayan, where he played early on in the season but was ultimately kept from the starting roster in favour of Nam-jin "Gangnamjin" Kang. While it isn’t easy being benched by one of the best flex supports in the league. Truth is Byrem is a bit of an unknown factor. He’s been sharing playtime with different flex supports on the Mayhem for a while now, and it’s been too long to really judge his play based on the performances of 2018 NRG Esports.

One of those teams could be the Vancouver Titans, who had a, let’s say roller coaster of a season. The one definitive thing missing on Vancouver regardless of the opinion on their players or external factors is that they lack a good depth of roster. Essentially, they have their six players, and that’s really it, not much to do if a meta doesn’t fit the squad you have. Vancouver most certainly needs new or additional pieces coming into 2021. One of those could be Byrem, a solid flex support with experience working in a mixed roster on the old NRG Esports lineup. It’s tough to ask Randal "Roolf" Stark to be able to adapt to everything coming at him on a roster that already bare bones to begin with, and Byrem can add security to a team who’s been dealing with nothing but volatility all season. If the Titans want to head in the direction of a mixed roster or to have a few Korean players, Byrem can certainly be a pickup worth looking for.

First thing’s first, a lot of praise has to be given to Kris. He severely stepped up his game over the course of the season to give the Florida Mayhem the formidable backline they needed to become one of the best teams in North America. Not many people were high on him after his time on the team in 2019, but this season he gave everybody a reason to pay attention. Overall, like Karayan, his addition to the Justice would be an overall positive, as he can focus on playing the heroes that maybe Yeon-joon "ArK" Hong isn’t as proficient as but wouldn’t necessarily be the surefire start in every meta. Kris has been a long-time staple of South Korean Overwatch, even if he isn’t hailed as one of the greats. He’s proven to have been able to stand the test of time, and with his recent resurgence in 2020, could be the stability a team like the Justice need after two long years of uncertainty.

The Hangzhou Spark’s season was not really reflective of the level of talent found on their roster. They had some good wins but some really, embarrassing losses, one’s that were complete head-scratchers as to how the Spark could look so lost. Moving forward, the Spark could potentially commit to a more Chinese-centric identity, giving more focus to the rising talents coming from the region, and to those who are already on their roster.

As a former Role Star, iDK could prove to be a deadly addition for any team looking to add a trademark “bloodthirsty support”. He didn’t have the showcase he did in 2019, but iDK is still a great player with a lot to prove. He could change Florida’s prospects immensely and be a huge level up for the Mayhem’s backline. It would certainly seem like Florida could be a good home for iDK, one where he could consistently start, and still get to wear pink.

Florida doesn’t have very many weak spots. In fact, Jun-ki "Yaki" Kim and Sang-bum "BQB" Lee pretty much held their own the entire season with Sayaplayer being inactive for the majority of 2020. It almost feels like they don’t even need a third DPS, as Yaki showcased he could play multiple heroes at a high level, and BQB stepped up massively to even overshadow his MVP nominated damage counterpart in the latter half of the Overwatch League. This is a deadly duo, but if anything could be helpful to Florida’s carries, it’s more depth.

Nenne has had a weird season, sometimes looking great, sometimes looking really poor and out of place, or even missing from the lineup for several weeks. Nenne at his best, he’s one of the most mechanically gifted players in the league. He could bring some serious firepower and versatility to Florida, keeping Yaki on his comfort heroes, and letting BQB and Nenne handle anything in between. The NYXL is currently suffering from an overloading DPS bench, with five players who are all capable of starting on any team in their own right, but who have also felt under-utilized. Florida would give Nenne a new start, a fresh opportunity to impress, and the opportunity to have a teammate that can play Sombra for him.

Nothing would be better for a team representing the South than having Seung-hyun “WOOH Y’ALL” Sung on the lineup. It'll do wonders for the brand. In all seriousness, however, WooHyaL has been putting in the Contenders grind ever since his departure from the London Spitfire. XL2, Gen.G, and now RunAway, WooHyaL is working towards making it back into OWL and proving his worth. To be clear, Beom-jun "Gargoyle" Lee has more than done enough to solidify his position on the team, especially on Sigma, but nothing could hurt Florida to have an off-tank that covers the heroes Gargoyle might not be as proficient in. He could be a solid backup or motivator for Gargoyle to help keep him and the rest of the Mayhem in top shape.