Can Fall Guys Ultimate Knockout Switch it up?

Bright and colourful yet simple graphics, non-violent content, simple controls with skilful applications, hilarious comeback mechanics and just loveable but mute characters - descriptions that fit both Fall Guys Ultimate Knockout and any of Nintendo’s franchise games. Moreover, Fall Guys Ultimate Knockout also has fairly low hardware demands, making it in theory the perfect game to play on Nintendo Switch. It seems apparent that fans of the game would have at least decent overlap with Nintendo’s customer base.

So far, Fall Guys is only available on Steam and PS4, but British development studio Mediatonic has shared in their Q&A that they’d like to do more, “to start with, Fall Guys will only be available on PS4 and Steam. We’d love to bring the game to other platforms further down the line.” While they don’t specify here that they want to bring Fall Guys Ultimate Knockout to Switch, because of the aforementioned design characteristics, it seems to be a straightforward adaptation.

OatmealDome
@OatmealDome
Interestingly, Fall Guys has the "NintendoSDKPlugin.dll" file in its game files on Steam.
This means that the Fall Guys Unity project has support for the Nintendo Switch's SDK (not necessarily that it *will* come to Switch). It's also been there since the first version.
122
734

That this could be the hangup seems possible with Fall Guys Ultimate Knockout having been announced as a “console exclusive on PlayStation 4” on PlayStation’s official blog. The fact isn’t as damning as it sounds as exclusivity deals in video games are usually time-gated, though the duration of the contract is unknown and could go on for a while. Lead Game Designer Joseph Walsh stated in a Reddit AMA that they chose the PS+ rollout to get the game into as many players' hands as possible, drawing similarities to Rocket League.

He said: “Really early on we'd talked about launching on PS+ being the dream because it would give us a ton of players at launch and really fill the servers up. Plus it just gets the game out there into the ether in a way that was really important to us as a premium game. Obviously we'd seen what it had done for Rocket League too- we felt like we were bringing something similarly unique to the multiplayer space, and that hopefully it could have the same effect on us.”

When could a Fall Guys Ultimate Knockout Switch version be available?

This is where we, unfortunately based on history, have to become killjoys. If the Rocket League rollout on Switch is anything to go by, it could take over two years. Switch players had to wait until November of 2017 for Rocket League to launch on Switch after the initial PS+ launch in Summer 2015. Whether or not that was due to exclusivity deals, or because of technical challenges of making the port work is unknown. The silver lining is that it only took seven months for Rocket League to arrive on Xbox, suggesting that it wasn’t a business-based delay.

Given those time windows from Rocket League, Fall Guys Ultimate Knockout could be guestimated to hit anywhere from March 2021 to winter of 2022. 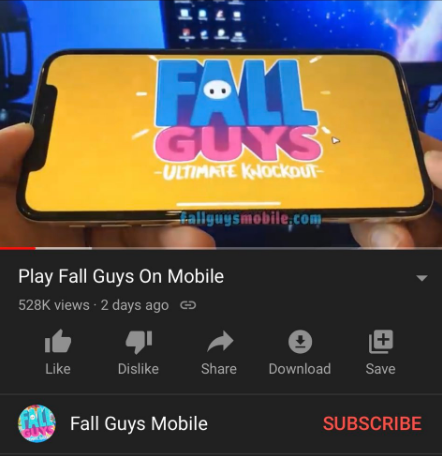 GGRecon will keep you updated if Fall Guys Ultimate Knockout switch it up!

Image via Nintendo and Mediatonic