If you weren't already creeped out by Fall Guys, Mediatonic has just confirmed those massive monsters eat with their feet.

While Mediatonic once pitched Fall Guys as a puffy party game, it's since grown to become a gaming giant of epic proportions. After its meteoric rise to the top of Twitch, Fall Guys has had something of a fall from grace but continued to tick along nicely. At the core of the game, Mediatonic has given its own complicated lore to the titular Fall Guys and explained what makes them tick.

Fall Guys were already pretty creepy with their blank expression and ability to dress in the skins of others. Seriously, did they skin Sonic the Hedgehog? But the horrors don't end there. Developers have been expanding the backstory of the Fall Guys beans since the very beginning, but up there with the horrifying reveal they're actually 6ft tall, there's another revelation we probably didn't need to know. Just in case anyone ever asked, you might be interested to learn Fall Guys eat with their feet.

Why do Fall Guys eat with their feet?

Posting on Twitter, the Facts About Fall Guys account shared a quote from Mediatonic Community Director, Oliver Hindle. According to Hindle, Fall Guys don't use their mouths (well, they don't have them), and instead, absorb nutrients through their feet a bit like a tree with its roots. When one curious player asked how Fall Guys eat if they don't have a mouth, Hindle explained, "They absorb things through their feet". He then added, "Can I get some fan art pls?".

Hindle's reveal was first made in a Discord chat, however, Facts About Fall Guys was disappointed the titbit didn't catch on. Now that it's out there in the wider world, consider it official canon and let the nightmares begin. As you can imagine, dark corners of the internet are expected to quickly start overflowing with terrifying fan art of mouthless Fall Guys eating their nutrients like good little plant people. The latest factoid also explains why we never see Fall Guys trying to eat the giant fruit that's frequently thrown their way.

What else do we know about Fall Guys? 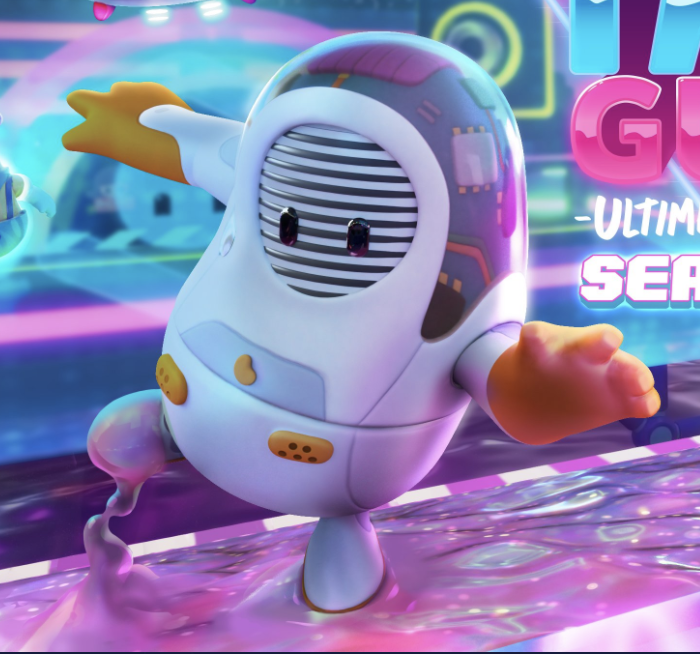 Other snippets about Fall Guys' anatomy have previously revealed their skeletons are hunched and bird-like, their eyes are separate from their skin, and they're effectively encased in a fleshy prison. It's proof that you should never judge a book by its cover, because while Fall Guys look adorable on the outside, they're anything but that underneath.

As you can imagine the eating revelation left players baffled and disturbed in equal measure. One fan wrote, "If I ever see a Bean trying to eat with their feet I will SLAP a bean!". Another added, "So every time we walk on slime our fall guys eat it?", while a third mused, "Fall guys eat through their feet.... Butterflies have taste sensors on their feet..... Hmmmm". Will we see Fall Guys evolve from caterpillar-like forms into flying butterflies? Well, maybe in Fall Guys Season 10.

Looking at the bigger Fall Guys picture, the sometimes forgotten game is set to get a new lease of life after Mediatonic has been bought by Epic Games. The house that Fortnite built is putting its substantial resources behind Fall Guys, which should help alleviate some of those "dead game" critiques. Either way, the fact Fall Guys eat with their feet has made the game even more of a cursed caper. Remember, everyone, Fall Guys can't hurt you, Fall Guys aren't real.