Evil Geniuses remained undefeated after a stellar week 1 at LCS 2021.

The League of Legends Championship Series (LCS) Lock In tournament 2021 has commenced, and it is witnessing some remarkable moments. The League of Legends leagues worldwide are just getting warmed up, but there is so much to look at and appreciate for all the teams involved.

LCS 2021 has seen one of the most significant transfer season changes with the arrival of C9 Luka "Perkz" Perkovic, and TSM Hu "SwordArT" Shuo-Chieh, which has reignited the glory for the league. The Lock In tournament made things more interesting, with Cloud9 dropping their first match against Evil Geniuses, and some very close encounters took place between the juggernauts in Group A.

Everyone loves an underdog story, and this time, it is brought to us by none other than Evil Geniuses. While the name of this esports organisation is quite famous and old, they recently joined the LCS 2021 by acquiring Echo Fox's spot. They added some big names like Jeong "Impact" Eon-yeong and promoting some of the academy talents like Matthew "Deftly" Chen to the main roster. Moreover, they were part of the past LCS seasons before disbanding in 2015.

However, even after acquiring some of the League of Legends scene's biggest names, many people doubted the LCS team's consistency. Some of them even commented on their past success as the team getting 'lucky', which won't work every time. Silencing the haters, Evil Geniuses have made their intentions clear by defeating one of the tournament's favourites in the LCS.

Despite having so many other humongous esports teams in the LCS, Evil Geniuses are the only team yet to drop any matches in LCS's Week 1. With a stellar performance over Cloud 9, Dignitas, and Immortals, they look very daunting. The team's perfect synergy, with a combination of great performances from Impact and Deftly, has resulted in achieving this great start to the tournament. If anything, the team should have gained moral confidence from these matches and are shaping up to be the team to beat in the LCS. 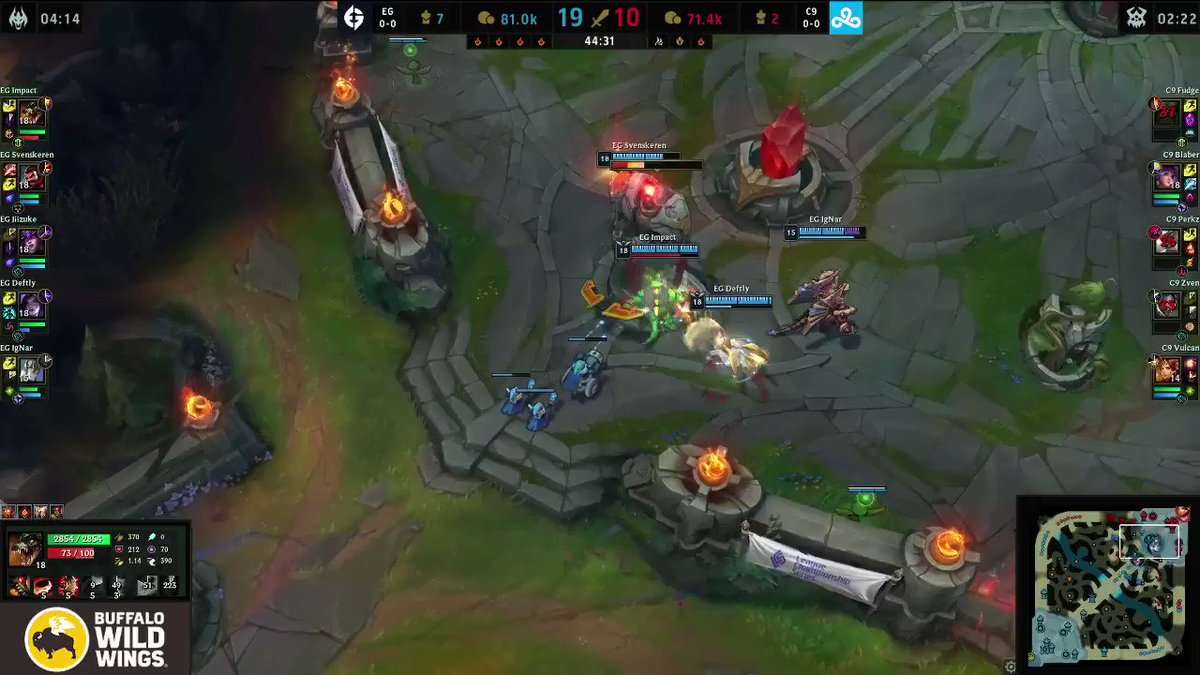 While winning all the three matches in the LCS opening week shouldn't be considered a remarkable feat for most teams, what makes it even more impressive is defeating the favourites Cloud9 in the opening match of the tournament. The match started with C9 Perkz getting the first blood in the game, and it was instantly traded for the team's support. At the same time, EG Daniele "Jiizuke" di Mauro kept poking C9 Perkz throughout the lane matchup, and played a crucial role in the team's success.

Moreover, Impact maintained the lead he received from the early kills and snow-balled it into an item advantage, while always roaming for the team. As the match rolled into the late-game, EG Deftly's Kaisa (9/2/7) gained some significant power spikes and obliterated the C9 team during the team-fights. Moreover, the objective control from EG Dennis "Svenskeren" Johnsen was fabulous to watch, and he quickly became a great Graves carry as the champion has become a meta pick for junglers. Cloud9 didn't play badly in this match, as they tried making pro-active plays throughout; but Evil Geniuses heavily punished their mistakes.

IMPACT BECAME THE PLAYER OF THE WEEK FOR EVIL GENIUSES

LCS
@LCSOfficial
Congratulations to @Impact of @EvilGeniuses on winning the @MastercardNexus Player of the Week for week one of 2021 #LCS Lock In! #EGWIN 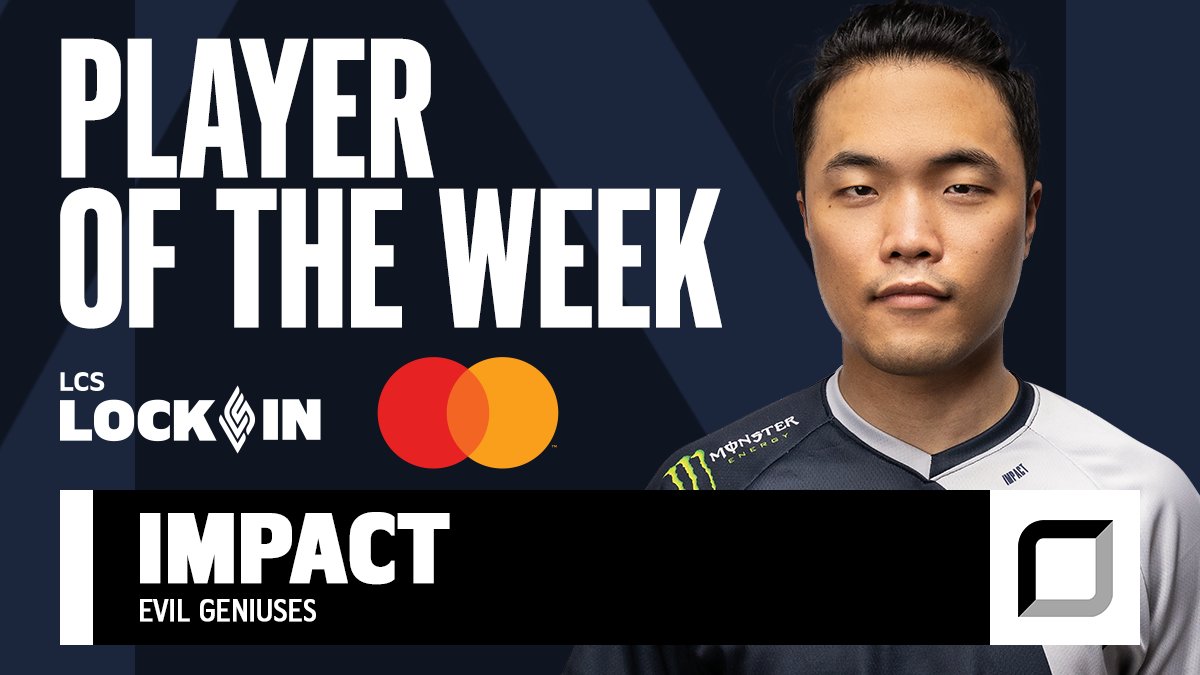 Jeong "Impact" Eon-yeong had quite the 'impact' through his Renekton performances in all three matches of the LCS, and he was explosive, to say the least. The South-Korean player is a veteran of the game, and needless to say, he's the best at what he does. He previously played for Team Liquid before making a switch to Evil Geniuses. Moreover, he has a ton of experience under his belt, making him a great player under every circumstance in the match. The amount of knowledge that he brings to the team is remarkable, and he guides the momentum of the matches very well through his plays.

One of the critical things to notice through his stellar performances in the LCS season would be his iconic Renekton pick, which was kept unbanned even after stomping a team like C9 in the first match. Therefore, teams might start banning that champion in future matches - but will it affect Impact? It doesn't seem like it, as Impact has a vast champion pool that has tanks, bruisers, and other picks to help him aid his team. Therefore, teams might not ban the Renekton after all. It should be a great start at dismantling the team by taking away the players' comfort picks.

Evil Geniuses had the dream start for LCS 2021, and it will be interesting to see if the players can consistently win more matches and become unpredictable at the same time, to ultimately out-play some more big names in the tournament.