Everything you need to know about the Rocket League and Fortnite Crossover.

Epic Games' two worlds collide, as Fortnite collaborates with Rocket League, to tie in with the latter's free-to-play relaunch this month.

In a weird, yet wonderful, blend of battle royale and high-powered vehicles, Epic has announced that the two games will crossover in the 'Llama-Rama' promotional event.

Both communities may not be familiar with each other's gameplay, as they differ vastly, however, Epic hopes that the crossover will encourage fans of any free-to-play game to head over to Rocket League. Able downloaded for free as of September 23, Rocket League will open its car doors to players worldwide without costing a penny, for the first time in five years.

It looks like Fortnite fans may get the sweeter end of the bargain here though, as details begin to trickle through. Announcing the event on their official Twitter page, Fortnite stated that "Starting that weekend [commencing September 23], jump into Rocket League Llama-Rama to earn awesome in-game rewards for both Rocket League and Fortnite.", hinting at the plethora of new fans filtering over to Rocket League being highly rewarded. 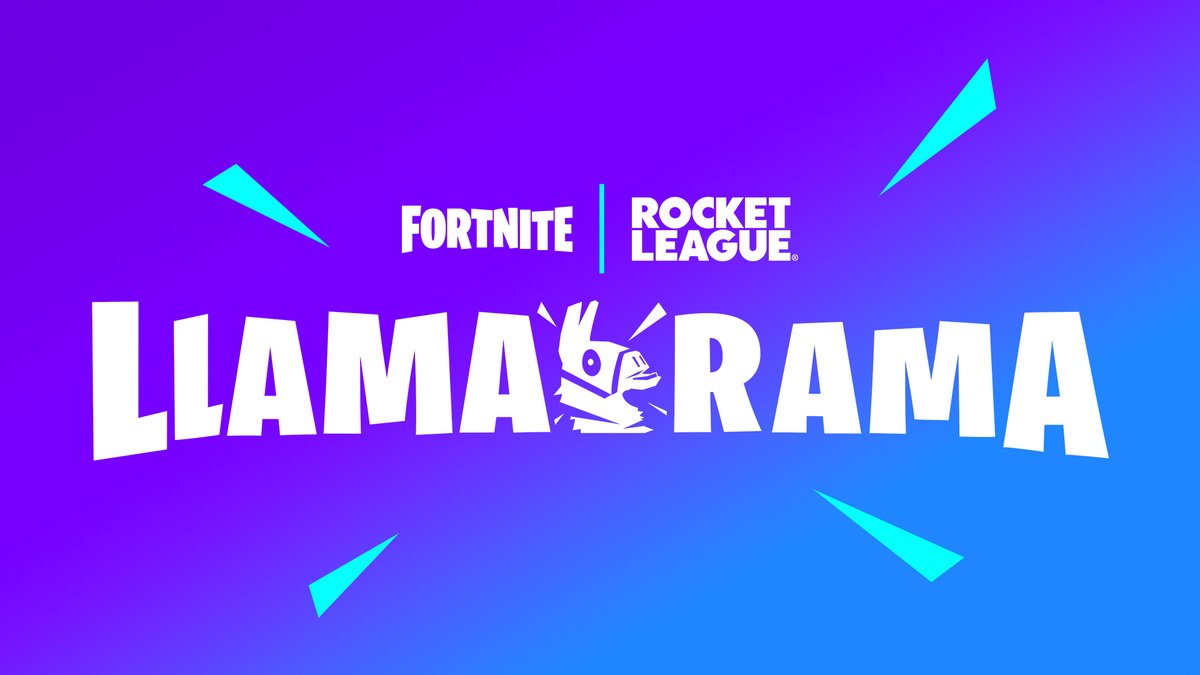 This doesn't mean to say Rocket League players are left out. They will also earn rewards for Fortnite and Rocket League, meaning if they ever wanted to try their trade and swap Octane for the Battle-bus then they will start with some handy gear thanks to the Epic Games account.

Full details of the Llama-Rama event have yet to be released, although it is likely that rewards will come in the shape of cosmetics for both games. Rocket League with decals, boosts, goal explosions, and toppers, and Fortnite with gliders, emotes, and possibly even gun wraps. It's unlikely that we'll see many rocket-powered cars drifting through Salty Springs any time soon though.