With Lucasfilm Games taking control of the galaxy far, far away, will EA keep making Star Wars games or put down its lightsaber?

Help us EA Games, you're our only hope. It's been a massive week for Star Wars games thanks to the Death Star-sized reveal that Lucasfilm Games has been brought back from the dead and is taking control of that galaxy far, far away. If that wasn't enough, it was a case of "Ubisoft shot first" with the equally huge announcement that the lauded studio behind the Assassin's Creed games is working on an open-world Star Wars game.

With all this hype about hyperspace, some fans are rightly looking a little concerned for EA Games and what this means for the publisher's ties to Star Wars. While Star Wars games were once reduced to arcade games, forgettable titles, and a few rare gems like Knights of the Old Republic, EA turned it all around and has continued to deliver best-selling title including the Battlefront games, the critically acclaimed Star Wars Jedi: Fallen Order, and the outer space dogfights of Star Wars: Squadrons.

EA was handed exclusivity after Disney shuttered LucasArts (formerly Lucasfilm Games) in 2013, and has an ongoing partnership that's due to expire in 2023. All future titles will have the new Lucasfilm Games logo, however, we all want to know if EA will keep making Star Wars games. 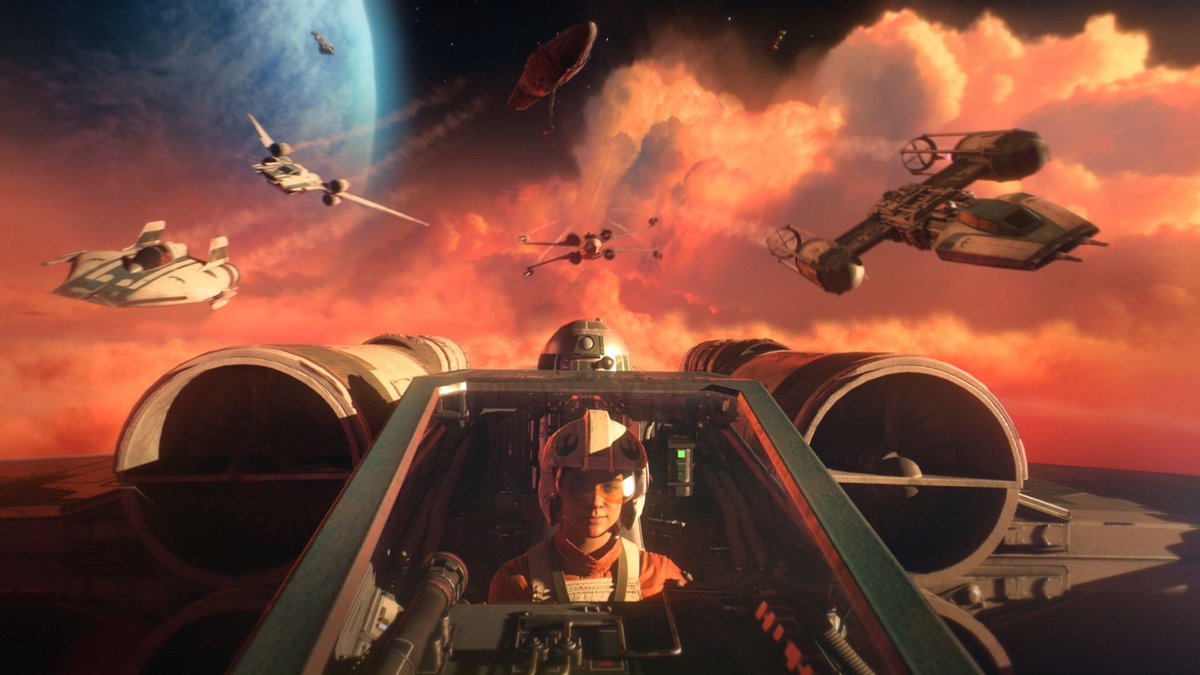 If you're worried Fallen Order's Cal Kestis won't get to swing his lightsaber again, there's good news. EA has confirmed it will continue to make Star Wars games after the deal comes to an end in 2023. Despite Ubisoft and Massive Games working on a "long-term collaboration" with its seemingly sprawling open world game, EA isn't giving up just yet. In a statement, EA reassured fans it will absolutely going to carry on blasting off to the cosmos.

"We are proud of our long-standing collaboration with Lucasfilm Games, which will continue for years to come", said EA. "Our talented teams have created some of the most successful games in the history of the Star Wars franchise, including Star Wars Jedi: Fallen Order, Star Wars: Battlefront, Star Wars: Galaxy of Heroes and Star Wars: Squadrons. We love Star Wars and look forward to creating more exciting experiences for players to enjoy".

These sentiments were echoed by Lucasfilm Games Vice President Douglas Reilly, who explained (via StarWars.com), "We will continue working with them and our relationship has never been stronger. While we may not have a lot of details to share at the moment, we’ve got a number of projects underway with the talented teams at EA". As Darth Vader himself would say, we find your lack of faith in EA Games disturbing.

Which EA Star Wars games could we see?

Priority number one has to a Fallen Order sequel. The 2019 game was set in that huge gap between Revenge of the Sith and a New Hope, where Jedi have been all-but exterminated by Order 66 and the Empire is at the height of its power. Cameron Monaghan's Cal Kestis quickly become a fan-favourite addition to the franchise, with some even calling for the actor to reprise his role in live-action Star Wars. Although Fallen Order was always supposed to kick-start a franchise, the game massively oversold EA's expectations and shifted 10 million copies by the end of March 2020.

Last year EA CEO Andrew Wilson said Fallen Order is the "first title in an entirely new franchise". Although we're still yet to get an official confirmation that a sequel is on the way, the Ubisoft announcement could spur EA to make the move and give players what they've asked for since the credits rolled on Kestis' first adventure.

Even if the rebirth of Lucasfilm Games has ended EA's exclusivity with Star Wars, at least the galaxy can continue to grow. Sharing the load between several publishers under the Lucasfilm Games banner opens up a whole new world of possibilities. Also, the potential of an open world Star Wars game where you get to hunt bounties as Boba Fett or crush throats as Darth Vader - where do we sign up? At least we know EA isn't being banished to the icy tundra of Hoth.