Bethesda has left players raging, after the developer has done a U-turn and introduced paid-for skins to Doom Eternal.

It's not just the fiery hellscape of Doom Eternal that has fans feeling a little hot under the collar. Despite the latest entry in the long-running shooter series being praised as another return to form, Bethesda is being dragged across the coals for its apparent U-turn on the introduction of Microtransactions.

Back in the day, DOOM is remembered for the 1993 classic that is credited with popularising first-person shooters. Arguably, if it wasn't for DOOM, we wouldn't be playing the likes of Call of Duty, VALORANT, Titanfall, Halo, and all the rest. While the likes of CoD have strayed into the microtransaction territory, the Doom name has managed to avoid the divisive way of earning a little extra coin. Well, until now.

Why did Doom Eternal introduce microtransactions? 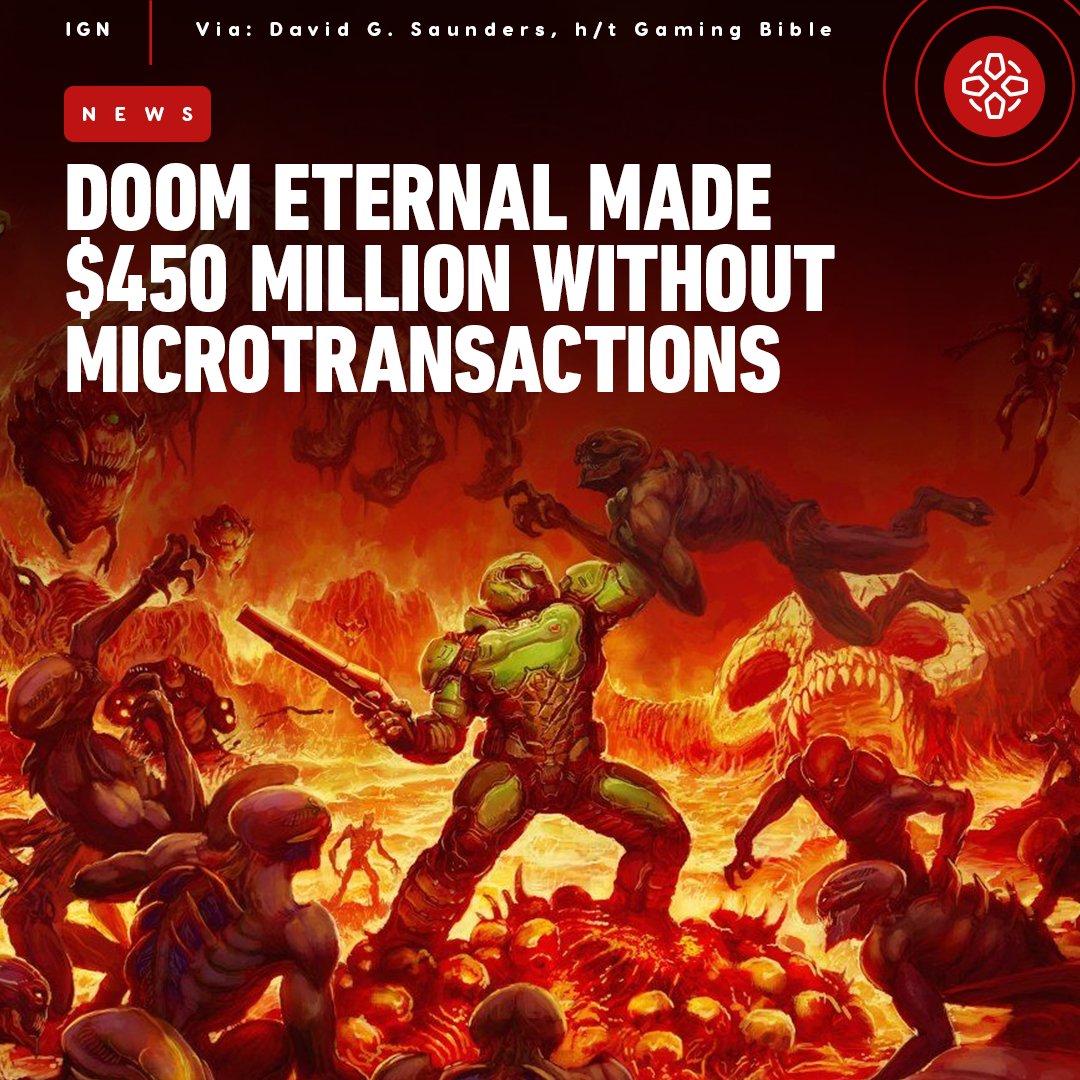 Coming to the official Doom Eternal stores on Steam, PlayStation, and Xbox, there were a few quizzical looks when two cosmetic packs that were previously free now popped up with a price tag. The DOOMicorn Master Collection Cosmetic Pack comes in at £3.99/$4.99 and includes some very marketable unicorn-inspired skins, podiums, animations and nameplates. There were previously available through Twitch, but now come with a price.

Elsewhere, the Series One Cosmetic Pack will set you back £7.99/$8.99 and includes 12 items. It's great that you'll get new character and weapon skins as well as icons and nameplates, but considering they were previously earned through gaining XP in Season 1, it's caused a rift that we now have to pay. Microtransactions are a big talking point in the gaming world - who could forget Battlefront II's loot box scandal? - however, they're commonplace in the likes of CoD and Fortnite. The issue comes from the fact the Doom Eternal team promised there wouldn't be microtransactions in-game during the title's pre-release.

What have players said about Doom Eternal microtransactions?

BerryYogurt
@BerryYogurt6
#DoomEternal today, bethesda released previously timed-exclusive free content and a twitch prime reward from doom eternal as paid DLC. Seriousy? Best of all, going from what the people in the review section, there is a very good chance you won't even get anything you paid for. 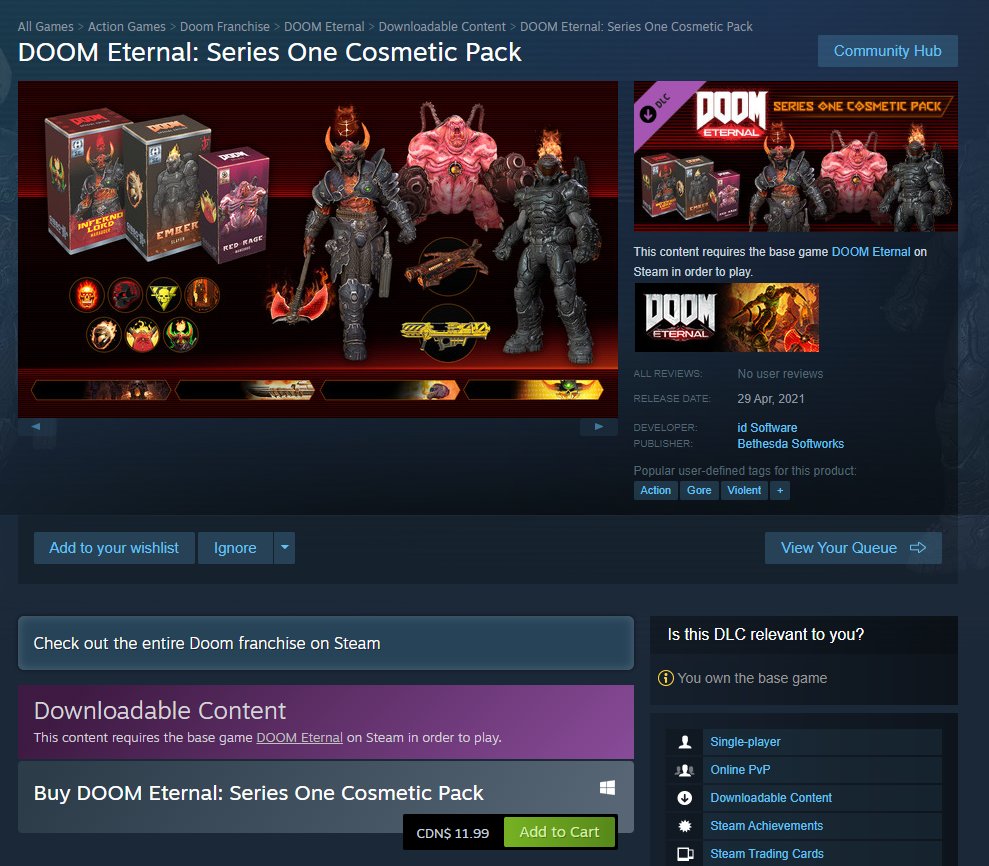 Ben Robinson
@bulletin_ben
Doom Eternal made $450 million in its first 9 months of being on sale, without a single microtransaction.
Tell me again why microtransactions are so essential to the gaming industry?
0
0

Space Marine, the Doomed One
@doomedspacemar1
Well this is disappointing, @DOOM.
And as per the article, Tech Raptor is right. Hugo Martin said there would not be any microtransactions.
Hiding skins behind Twitch Prime was bad enough, now Doom Eternal is hiding them behind a paywall that the director said wasn't happening. 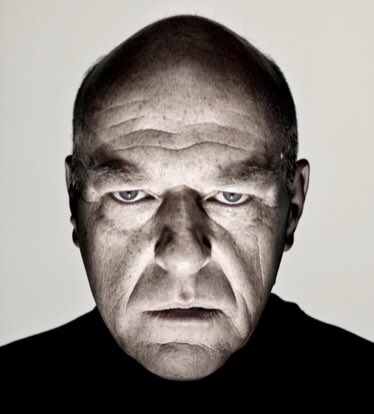 Before Doom Eternal released, Forbes published an article with Creative Director Hugo Martin. Martin told happy players, "Eternal is a $60 game, not a free to play game or mobile game – we are giving you a complete experience with no store just like you’d expect. Unlocking skins with XP is a part of the experience if you care about that stuff or you can completely ignore it and it will have no impact on your experience AT ALL and it’s all free". Worse yet, the reviews on the cosmetics packs claim you aren't even getting what you paid for.

Although Bethesda had previously released the Rip ‘N Tear cosmetic DLC pack, it got a much warmer reception because it was made up of items that were previously only attainable through pre-ordering the base game. Safe to say, players were up in arms about the introduction of microtransactions. One person put it quite simply when they wrote, "Whoever added microtransaction to Doom Eternal go F**K yourself". It will be interesting to see whether Bethesda or Microsoft comment on the situation. Could microtransactions be linked to Microsoft's acquisition of ZeniMax media and Bethesda? Whatever is going on, Doom players are ready to "slay" Bethesda for this apparent lie.