With both teams starting the season on the front foot, which of these two North American powerhouses is the better team?! We attempt to find the answer.

The third stop in the Call of Duty League calendar is Atlanta, Georgia, where the Atlanta FaZe will host its first and only home series of the Modern Warfare season.

All talk surrounding the event is around the potential of seeing the FaZe take on the Chicago Huntsmen in a huge top of the table clash. Atlanta began the season well, with two victories over the Dallas Empire and the New York Subliners while Chicago took down the Empire and OpTic Gaming Los Angeles at Launch Weekend, before taking home the London home series tournament, defeating Dallas twice on the way to the top step of the podium.

With both teams starting the season on the front foot, which of these two North American powerhouses is the better team?! We attempt to find the answer in this article.

After two weekends of competitive play, the Huntsmen are leading the league table after maintaining their unbeaten start to the season. The team looks to be very balanced, with the right amounts of explosive aggression and ability to control the map, Chicago has already laid claim to the top of the league table.

The reunion of T2P has gone very well so far. Matt “FormaL” Piper and Seth “Scump” Abner have seemingly continued from where the OpTic dynasty left off, with Scump providing support to the main sub-machine gunners of the team and FormaL showcasing his prowess with the M4A1 Assault Rifle.

Pierce “Gunless” Hillman has often featured in the conversation as one of the very best professional players despite his turbulent Black Ops 4 season under Luminosity Gaming. His one-versus-three clutch in the grand finals of the London home series is just a snippet of what Gunless is truly capable of. As the season progresses, expect him to still feature as one of the more consistent performers on the Huntsmen line-up.

Despite only breaking into the upper echelons of professional Call of Duty last season, Dylan “Envoy” Hannon has already proved his worth on the Chicago roster, cementing his place as one of the most aggressive SMG slayers in the league. When Chicago inevitably run into Atlanta, a strong performance from Envoy will be key in shutting down the tiny terrors of Chris “Simp” Lehr and Tyler “aBeZy” Pharris on the other team.

For me, Alec “Arcitys” Sanderson has been the standout player on Chicago so far. Transitioning from a passive AR role to an aggressive SMG slayer alongside Envoy is no easy task and so far, Arcitys has risen to the occasion, frequently dropping a high number of frags. Switching roles to accommodate another player is a selfless act and, in this case, one that looks to have paid off for Chicago.

It is difficult to compare the two sides considering Atlanta has played less matches than Chicago but the FaZe are still regarded as one of the strongest teams in the league, and here’s why.

With just one week of competition under their belts, the Atlanta FaZe looked impressive against Dallas and New York, only conceding one map across both matches. Currently sitting in fifth place in the table due to their absence from the London home series, the FaZe have a prime opportunity to score plenty of points in their hometown.

Atlanta FaZe
@ATLFaZe
Our next stop is in Atlanta.
See you soon. ðŸ“ 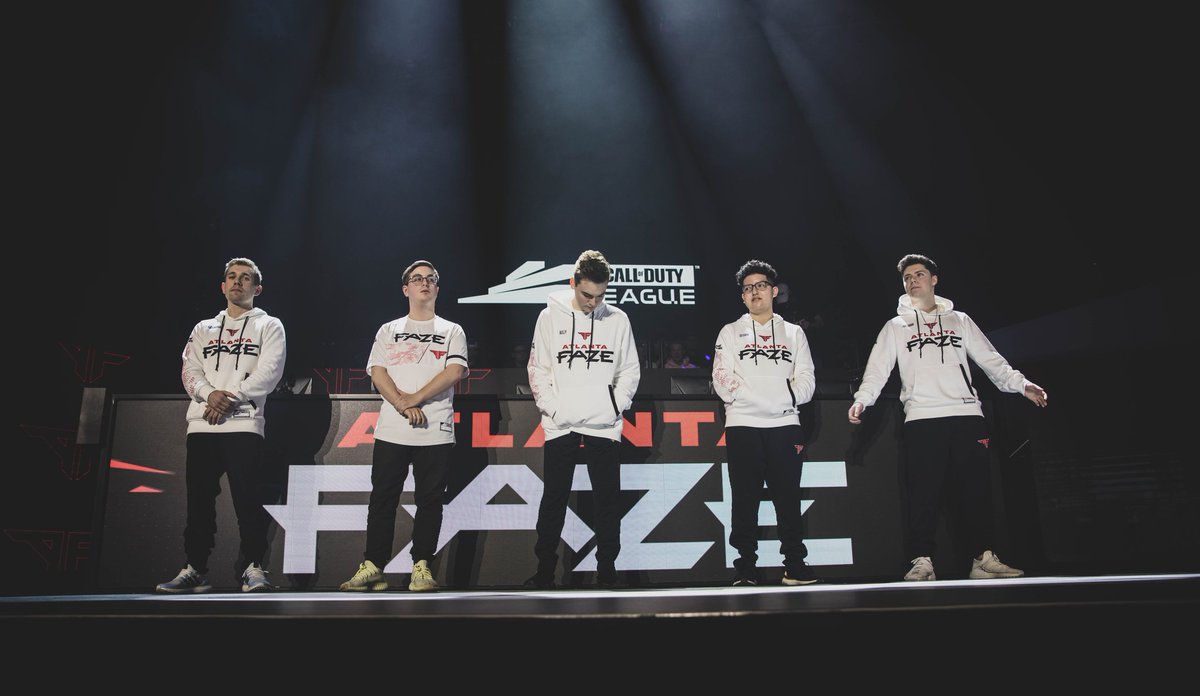 Dubbed as the tiny terrors, Simp and aBeZy have seemingly continued along the path to Call of Duty esports immortality as the explosive SMG duo for the FaZe. The mechanics of Modern Warfare suit the fast style of play that these two possess, meaning that this pairing could well be a dominant partnership for the entire season. Seeing these two talents go up against Arcitys and Envoy is an exciting prospect. Simp and aBeZy can compete with the Huntsmen SMGs, meaning that their match will come down to which pairing makes the fewest mistakes within the game.

While FormaL is the only main AR for the Huntsmen, Atlanta possess two in the form of Michael “MajorManiak” Syzmaniak and Preston “Priestahh” Greiner. Preistahh is the more aggressive of the two, often providing additional support for Simp and aBeZy while MajorManiak is the passive AR, securing spawns for the rest of the team and securing control the map. The real question will be if Priestahh and MajorManiak can shut down one of the most prolific Call of Duty players in history.

Last and by no means least is McArthur “Cellium” Jovel. Prior to Launch Weekend, a lot of professional players tipped Cellium to be one of the top players on Modern Warfare. As the flex player for the FaZe, Cellium will be filling in any gaps for the team and will often alternate between the M4A1 and the MP5 SMG depending on the situation. The battle between Cellium and Gunless could well be the key match-up in this clash. Both complement their respective teams very well but if either one of the has a sub-par performance, it could well be the difference between victory and defeat.

If we are to look at recent performances, we have seen Chicago play considerably more matches than Atlanta, so we have a better indication of how they are likely to perform if they are to run into the FaZe at the weekend.

Looking at Launch Weekend, Atlanta looked extremely good against a strong Dallas team, in particular Simp who excelled as one of the aggressors of the team. It really is a very close call as to which of these two teams is superior but if we are to look at which team has the better chance to win, I am going with Atlanta. The overall pace of the game suits the young team extremely well and I think that their outright speed and aggression will be enough to overcome an extremely strong Chicago team. Regardless, we are in for a treat whenever these two teams encounter each other.