Two-time College League of Legends champion and current North American Challenger ADC Tony “Saskio” Chau recently achieved a feat that many bot laners could only dream of accomplishing. He brought two fresh accounts to Platinum while playing them both at the same time in bot lane duo queue.

Tony Chau
@SaskioLoL
I have finally reached Platinum playing on two accounts at once. Insane adventure so far. 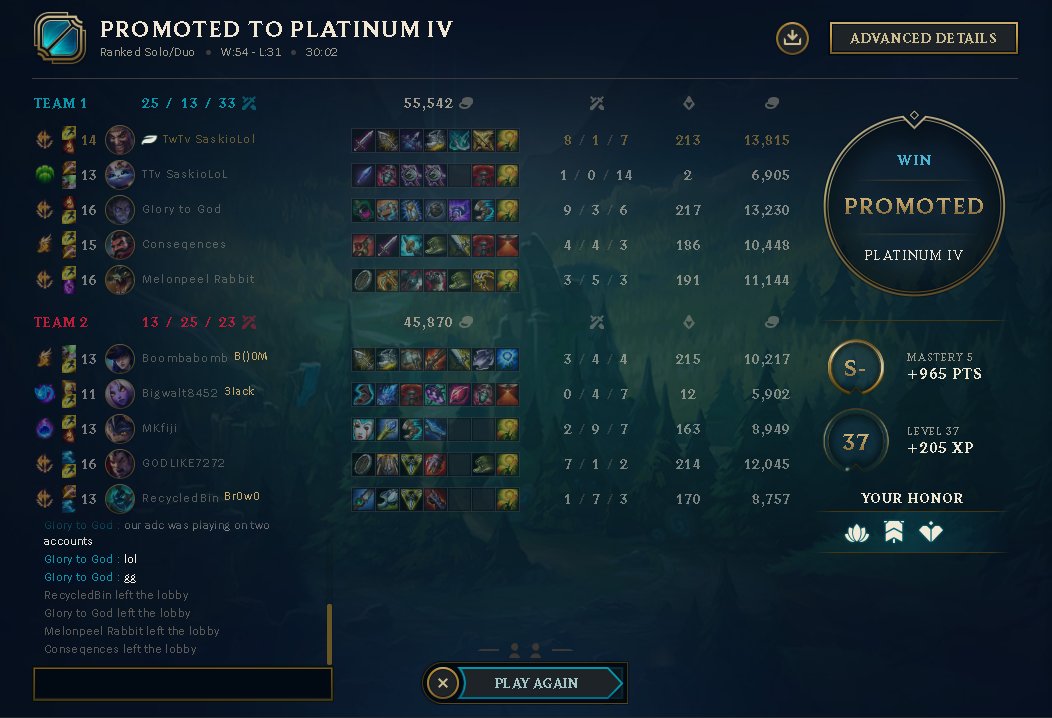 It sounds ridiculous, but in a recent Reddit AMA, he even provided OP.GG links for the support account and ADC account. This is made possible because Yuumi is such a simplistic champion and spends a lot of her time in-game attached to allied champions, leaving anyone who plays her mostly responsible for timing abilities correctly.

Saskio had been detailing his escapade on Twitter for a few days now. His goal is simple: bring two unranked accounts to Diamond while playing them both at the same time. By duoing with himself in the bot lane and having the second account support him with Yuumi, he’s found a surprising amount of success. How does he play on two computers simultaneously you ask? By using his feet of course.

Saskio’s duo queue setup is rather unorthodox. The marksman role is mechanically demanding, so he’d of course need to channel the majority of his focus into his main account by using his typical set up. When he gives us a glimpse of his set up for the “support” account, that’s when things get weird.

The ideal support pairing for his setup is Yuumi, so he mostly attunes his peripherals to Yuumi’s kit. With his right foot, he uses a mouse to control all movement. With his left, he uses a foot pedal that’s attuned to two of Yuumi’s abilities (her W and E), as well as her Heal summoner spell. Support items are purchased with a mouse on his desk, and a Stream Deck is used for all other Yuumi abilities.

Saskio has stated before that although this is an impressive feat, his ultimate goal is to go pro. He’s currently looking for a team and stated in his AMA that he would like to join either TSM or C9.