A cancelled Tomb Raider game from 2006 has resurfaced online as the canned anniversary title has become available for free.

Lara Croft is loading up her pistols and returning to her iconic triangle form with a cancelled Tomb Raider game that never came to be. Since 1996, the athletic archaeologist has kept us entertained as she's journeyed the world and delved into the occult on the hunt for history. While Tomb Raider was originally a PlayStation exclusive that saw Ms.Croft sit alongside Crash Bandicoot as one of Sony's mascots, she's now branched out to become an icon of the wider gaming world.

Over the years, the Tomb Raider series has had plenty of highs and lows - we're looking at you Chronicles. Alongside the cancelled Angel of Darkness sequel called The Lost Dominion, there was Tomb Raider: The Anniversary Edition that fell by the wayside in 2006. Everyone loves a good cancelled game story, and this one is a doozy. Now, the ghosts of the past have reared their head, and you can play The Anniversary Edition for free.

What is the cancelled Tomb Raider game?

As a New Year treat, Tomb of Ash uploaded the Tomb Raider: The Anniversary Edition assets to The Internet Archive and explained how fans can play. More than just a rough build, The Anniversary Edition was well underway before Eidos pulled the plug. Core Design had been bought by Rebellion Developments and Eidos reportedly didn't want outside developers handling the Tomb Raider name.

The game's alpha is shown above, and even though it's missing dialogue and enemies, it's easy to get a sense of what the finished product would've been like. The alpha takes you through a variety of levels including Greece, Peru, and Croft Manor as Lara flexes her muscles. Unfortunately, that's where the story ends for Tomb Raider: The Anniversary Edition. The PSP also wasn't known for its longevity, so it's probably for the best the game never happened.

What happened to the cancelled Tomb Raider game? 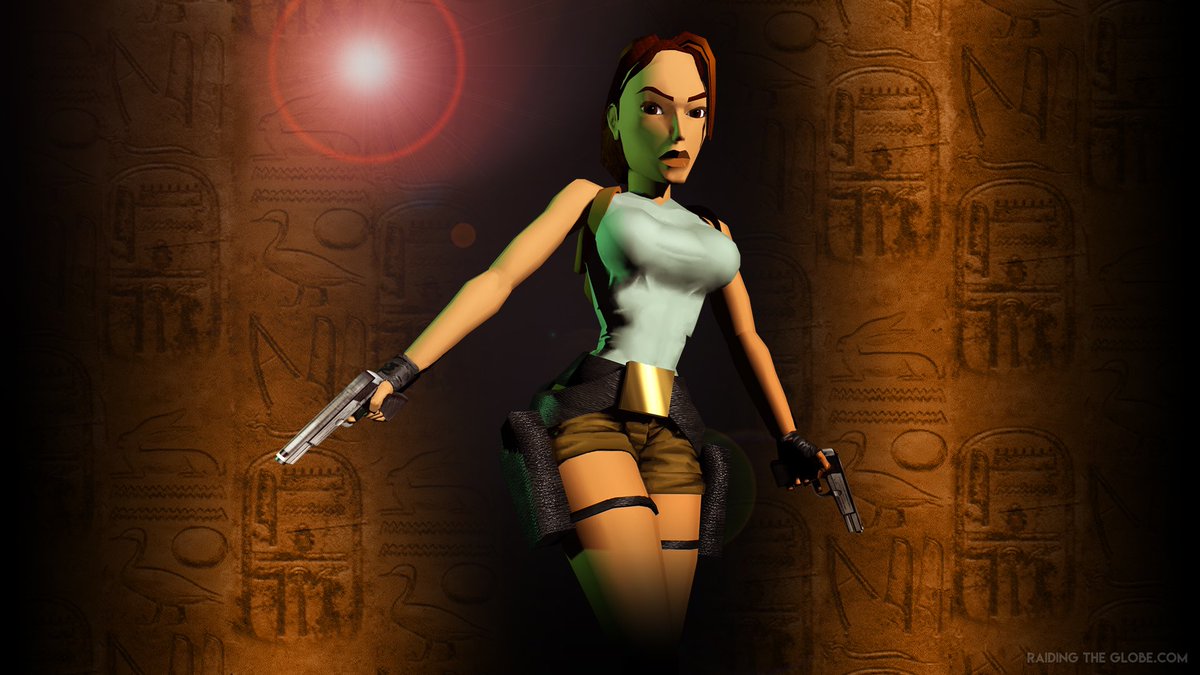 When it comes to The Anniversary Edition, it even has its own complicated backstory. With Core Design having already put a lot of work into it, the unfinished game was reskinned as an Indiana Jones game that was pitched to LucasArts, then as a National Treasure game based on the Nicolas Cage movie. None of the pitches were picked up, meaning whatever form the title took, it's faded into the background until now. Still, it's interesting to know it started out life as a Tomb Raider adventure.

We're not speaking out of turn to say the Tomb Raider games of the early '00s weren't exactly the franchise's peak. Although The Anniversary Edition never came to pass, Lara didn't lie dormant for long. Instead, Crystal Dynamics took over and delivered Tomb Raider: Legend in 2006. It was praised as a return to form, rebooted the series, and kick-started a whole new trilogy. We'll never know how The Anniversary Edition would've fared, but most agree it was time for Core Design to relinquish its hold on Lara.