One popular Call of Duty streamer is demanding a remaster of Black Ops 2 Zombies for next-gen consoles.

Call of Duty fans are hungry for flesh as one popular streamer had bought an entire billboard to promote his own idea for a Call of Duty: Black Ops 2 Zombies remaster.

With Black Ops Cold War just around the corner and the long-awaited return of Zombies, it's obviously sparked an interest in raising the series from the dead.

Zombies were first introduced as a tiny acorn of an idea in Call of Duty: World at War, with Activision presumably never realising how big it would become. Expanding from just shooting down wave after wave of reanimated brain munchers, Zombies returned in the Black Ops games and became synonymous with Treyarch's titles.

Unknown Fan 25
@JohnyJ25
Oh hey! Would you look at that! #RemasterDieRise 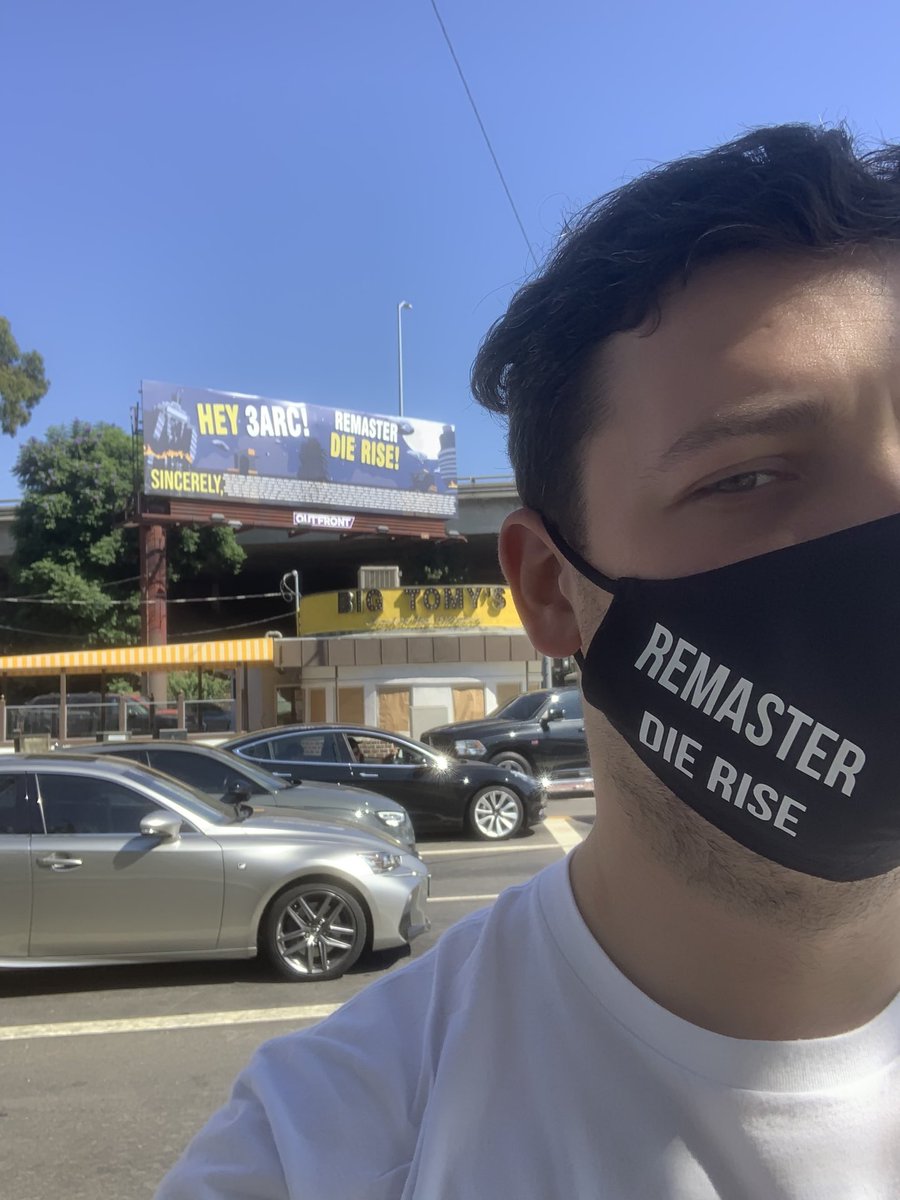 The Call of Duty franchise has an impressive legacy when it comes to Zombies, however, many hold Black Ops 2 as a jewel in the rotting crown. Although Zombies has become bogged down in its own complex lore of the years, Black Ops 2 did it best. At its very peak, who didn't love climbing the floors of the Die Rise map and splattering the walls of a skyscraper with zombie flesh?

YouTuber JohnyJ25 has been vocal for months about Treyarch tackling a remastered version of Die Rise, but now, he's taken his campaign to the next level. JohnyJ25 previously asked to breathe new life into Die Rise - which originally premiered as part of the Call of Duty: Black Ops 2 "Revolution" DLC. JohnyJ25 event created a Twitter bot to check daily on whether there's been any movement on Die Rise.

JohnyJ25's latest move has seen him crowdfund a whole billboard in Santa Monica, which is conveniently placed right outside the Treyarch offices. The massive billboard simply reads, ""Hey 3arc, remaster Die Rise!", and then lists the names of everyone who donated via GoFundMe.

While the campaign is impressive to say the least, is it actually enough to sway Treyarch's hand? In the past, we've seen remastered versions of maps including Nacht der Untoten and Der Reise. Elsewhere, Zombies fans know some form of Nacht der Untoten will be "resurrected" in Cold War.

In a previous video, JohnyJ25 explained his reasoning behind the campaign and said he has no hard feelings toward Treyarch - despite the title of the video being "Treyarch are Cowards! It's Time for Revolution!".

JohnyJ25 is clearly a big fan as he told his followers, "It goes without saying, but Die Rise is the greatest map of all time. It's unrivalled in its verticality, its commitment to M.C. Escher-style map design is masterful". If you want to check on how the campaign is going, head to  "hasdierisebeenremasteredyet.com".

In short, the answer is no. Will a Black Ops 2 Zombies Die Rise remaster come crawling out of the grave and back into our lives for a whole new generation? Watch this space!

A PHP Error was encountered