Call of Duty Modern Warfare and Warzone players are in for a treat as Infinity Ward has officially extended Season 6 by two weeks.

The Call of Duty gods are smiling down on us all as Modern Warfare and Warzone Season 6 have been officially extended. While Season 6 overhauled Verdansk by adding four new maps, a whole underground subway system, and the horror-themed "Haunting of Verdansk" Halloween spectacular, we always knew it would be the end of an era.

With the release of Call of Duty: Black Ops Cold War, there have been a lot of questions about what happens next for Modern Warfare and Warzone Season 6. Even if those at the top aren't willing to reveal what's coming next, players know they'll be able to squeeze a little more out of Season 6 before the final credits roll.

We already know Call of Duty: Black Ops Cold War will kick-off on December 10, but what we don't know, is what will happen to Modern Warfare and Warzone. Previously, the in-game timer scheduled November 23 as the end of the road, but now, it's ticking toward a December 7. That's a full two weeks of extra CoD content.

Zac - KRNG Immortal
@WhosImmortal
So Infinity Ward updated the Season 6 battle pass to be extended until December 7th at 11pm PST. 2 days before Season 1 for Cold War goes live.
Seems there won't be a "Season 7" but, per @fx_reed, we know more content is on the way. 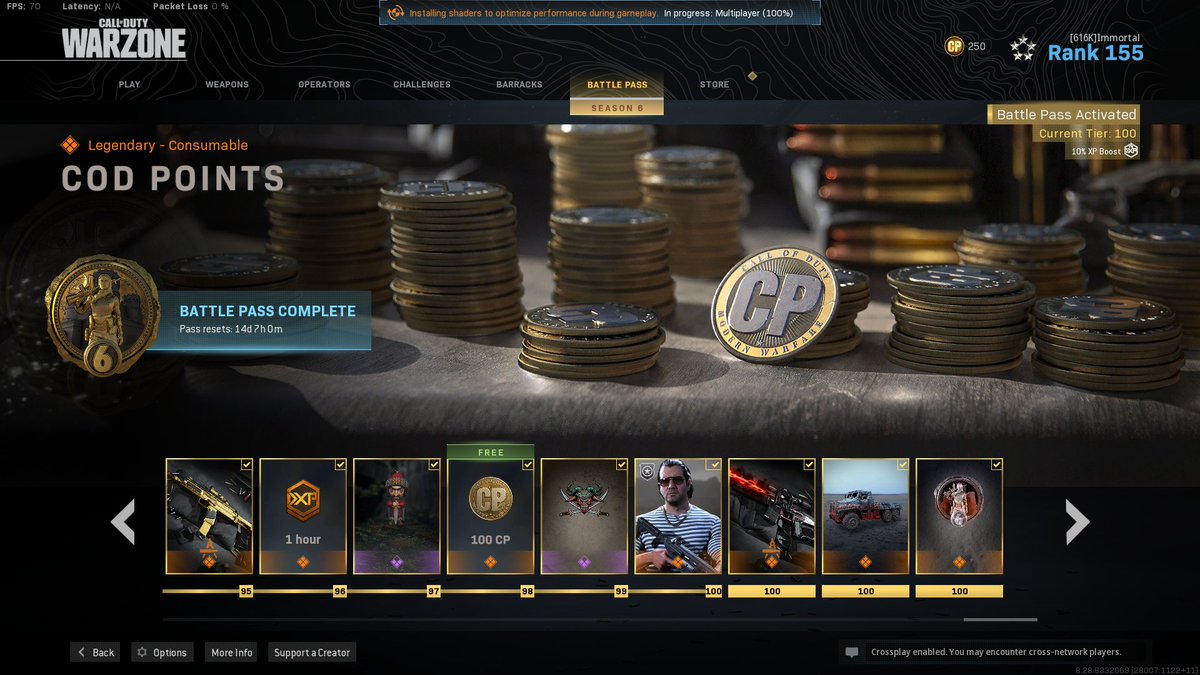 It's full-steam ahead with all things CoD, but that has lead to plenty of confusion about what's actually going on. There's already been the impressive rollout of Black Ops Cold War's Nuketown '84 map to give the staple locale a 2020 update, however, that has formed part of the pre-season before the official launch. Importantly, we're left in the dark about what's next for Modern Warfare. As it stands, Infinity Ward has confirmed there's something coming after Season 6, but stopped short of calling it an official Season 7.

Even more confusingly, progression will be linked across Modern Warfare, Warzone, and Cold War. With Cold War Season 1 effectively being a loose reboot, think of it a bit like how Epic Games handled Fortnite Chapter 2. The difference was, there weren't three titles to unite under one Fortnite umbrella. When it comes to jumping into matches, you'll be restricted to the loadoats and Operators from your base game. This means it's entirely possible to find your Modern Warfare loadout going up against a Cold War squad in Warzone.

Call of Duty Season 6 extended: Is this the end?

SmeatyPrinks
@SmeatyPrinks
@CallofDuty I rushed my arse off to complete the season 6 bp... including spending 1800 cp... AND NOW I HEAR ITS BEING EXTENDED?! WHAT THE HELL!!
0
1

As well as representing the first steps into integrating Warzone and Cold War, the various Season 1 teasers have hinted at all the usual additions including new modes and maps for multiplayer and Zombies, as well as even more weapons to fill your already stocked arsenals. Importantly, a two-week extension gives you plenty of time to continue your grind through the 100-tier Battle Pass and level up Nikolai to his true potential.

All signs point to Season 6 being the end of the Modern Warfare Battle Pass, and while it's a shame, the 2019 game has had a good run and extended its life cycle far beyond your standard CoD game. It's also important to remember there's still something Modern Warfare-related on the horizon. For the time being, we'd boot up a copy and make the most of the extended Modern Warfare Season 6.