Only a handful of players know Call of Duty better than Patrick "ACHES" Price. The two-time world champion has mastered the franchise and has played at the elite stage for over a decade. Winning his first championship in 2014 as part of compLexity on Call of Duty: Ghosts, Aches is one of the most renowned names in the industry and knows just what makes a great Call of Duty game.

Going into Black Ops Cold War, many pros have now had multiple opportunities to grasp the mechanics, and it has caused quite a stir on social media. Each player has thrown their hat in the ring trying to constructively make BOCW into the best Call of Duty in existence.

In a series of tweets, ACHES has built a twelve-point presentation on what should be tinkered with to improve on the raw fundamentals of Black Ops Cold War.

Ranging from the questionable slide cancel mechanic to the revamped Ninja perk, ACHES has deconstructed the game piece by piece, and many seem to agree. 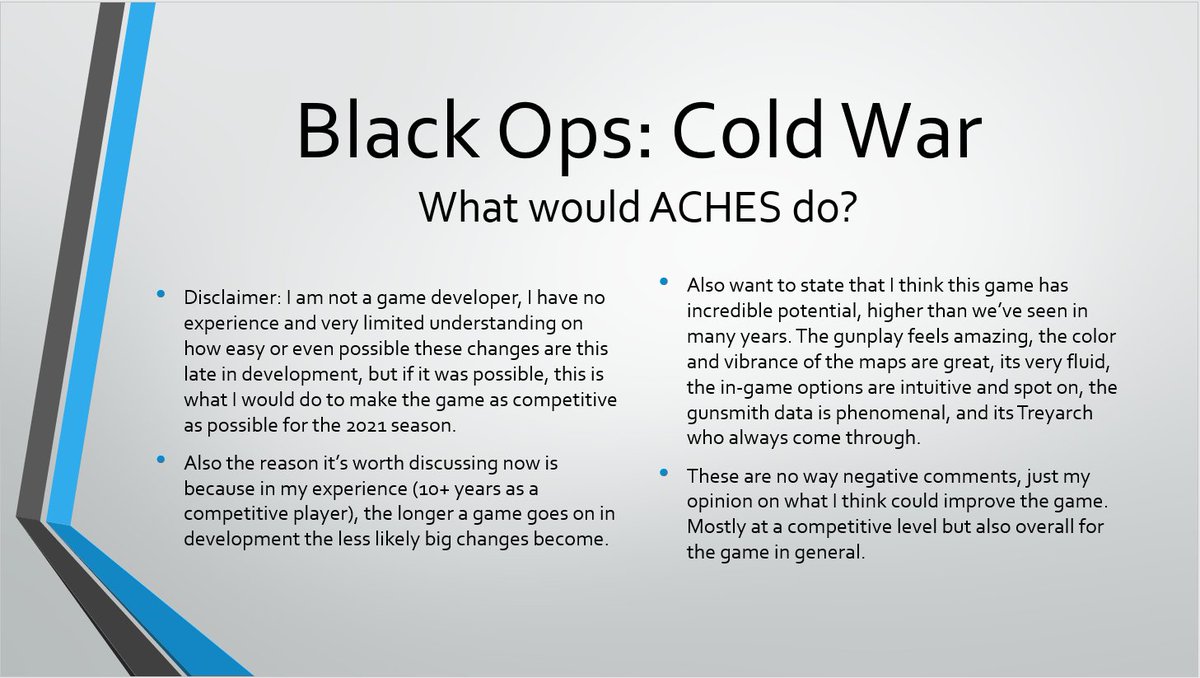 The slide cancel mechanic has been one of the most discussed features throughout the beta, as it allows for players to slip and slide at camera breaking speed to manipulate the game and squirm their way around the map. ACHES stated that we have had "two years of OP sliding that was game breaking at the highest level. Don't want another when this game's core is SO good", suggesting some possible fixes that would make it smoother.

By shortening the slide or making it slower, or even removing the cancelling aspect, ACHES believes this could solve one of BOCW's worst features.

He also discusses the movement speed, suggesting the game could be faster, and even in-game features such as Field Upgrades, Scorestreaks and tactical grenades.

With exactly one month before the full game comes out, many have backed ACHES' suggestions to be implemented by Treyarch.