This last round was the pièce de résistance to a perfect run for Heroic.

Every Counter-Strike: Global Offensive (CS:GO) fan watching the Grand Finals of the ESL Pro League Season 13 witnessed something special on April 11. Forget about Astralis or NaVi - it was Heroic who stole the show this season.

Heroic, together with IEM Katowice winners Gambit, went undefeated in ESL Pro League to play their hearts out at the Grand Finals. The first four maps showed that both teams were prepared to fight for every advantage. However, it was all quickly forgotten about when Casper "cadiaN" Møller secured the victory on the fifth map in spectacular fashion.

What. Just. Happened?! Let’s break it down. Two rounds prior, Heroic found their 15th round and got onto match and championship point. With only five rounds on the scoreboard, Gambit had to pull out everything they had to prevent Heroic from taking the win straight away. They did just that, and got a sixth round by elimination. This meant Heroic had to save, and Gambit could count on another round going their way. Even though a 15-6 scoreline looked rough for them, the combative Gambit roster wanted to hold on for as long as possible, and this was their chance.

Heroic went into the 22nd round with nothing more than a Desert Eagle for Ismail "refrezh" Ali and a p250 plus decoy grenade for cadiaN. No armour for anyone on the Heroic side either, while Gambit was working with a fully equipped double AWP setup. Winning that round seemed to be an impossible task for Heroic, and indeed that wasn’t their plan. They were just trying to use the round to build up some bank for the upcoming rounds - preferably by getting the bomb planted.

The plan didn’t really work. While cadiaN was trying to distract the defenders on B with his decoy, and running around in Underpass, his teammates tried to get onto A site. But before they could get into position for a plant, they all got mowed down by the Gambit rifles. Now it was just cadiaN versus the world. As he’s still trying to get some extra cash for his team, he begins to make his way to A, where the remaining four Gambit players are posted. They’re in control of the bomb, so they have no reason to roam around.

As fixated as they are to keep cadiaN away from the bomb, Gambit fails to check Jungle, and cadiaN sneaks his way into the site. He’s got his p250 trained on Dmitry "sh1ro" Sokolov, but he doesn’t fire a single bullet. Instead, he realises the opportunity to boost Heroic’s economy with a knife kill. The extra money a knife kill gives would provide him with an AWP later. In hindsight, it’s easy to think cadiaN had bigger plans, but that was not the case. In the post-game interview, he explained: “I'm not really thinking about winning it at this point.”

The online era of Counter-Strike is ultimately what made this play possible. Even in a sound-proof environment, the Gambit players would have heard the fans in the stadium going crazy when cadiaN sets himself up for the knife kill. They could have turned around, and ruined his chances. But Gambit stayed blissfully unaware until it was too late.

The knife kill was the perfect entry into this round. If cadiaN would have fired his pistol, everyone on Gambit would’ve looked his way, and he wouldn’t be able to defend himself against rifles and full armour. It took three swings of the knife, but eventually, he drops sh1ro and immediately picks up the AWP. The knife kill got him in range to pick up the sniper rifle, and gained him a weapon to fight off the remaining three enemies.

Now dropped to just 2 HP, cadiaN rushes down Stairs. “Now I open my console, in a bit of a panic moment.” He said after the match. “I'm watching here, and I hear this guy pushing me. When he pushed me, I felt like it was over. I was having so much confidence.” It’s all cadiaN needed. He then finds two wall bangs through boxes to get himself in a 1v1, with 40 seconds on the clock. He checks his flanks, jumps of Stairs to gain information about the last player’s position, and goes for the kill. A perfectly executed fight under the pressure of a Grand Finals is a sign of a master at work.

Everyone watching immediately recognised that this was a phenomenal performance. Fans are now calling for Valve to add a graffiti to Mirage to celebrate cadiaN’s 1v4 clutch. Valve has immortalised other iconic plays in the past with such a graffiti, and this play has everything to be worthy of such an honour. It seems unlikely, though, as it has been years since Valve has done anything like that, and the previous graffiti moments all happened during Majors. 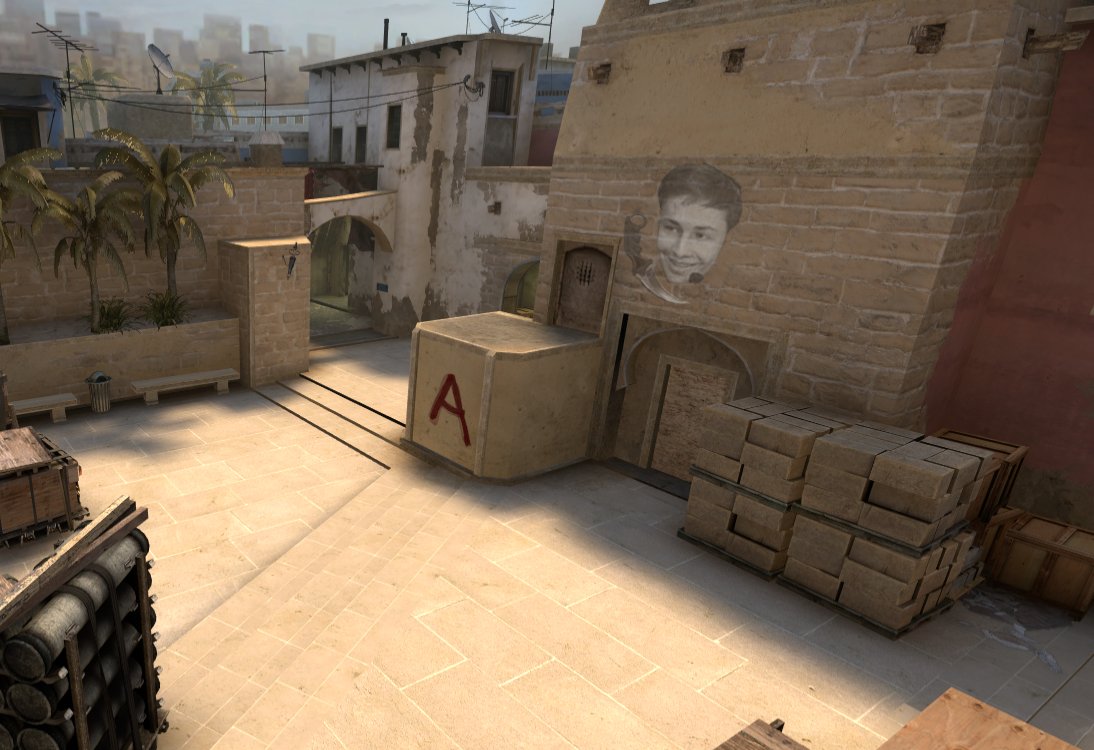 Heroic could not have ended the ESL Pro League any better. They went undefeated, and showed that they have what it takes to take down anyone. This last round was the pièce de résistance to a perfect run for Heroic, and for cadiaN. “I've never been so committed to just dedicating my life to Counter-Strike,” he said, so we expect to see plenty more from the clutching In-Game Leader.