The Legend of Zelda: Breath of the Wild 2 announcement left Nintendo Direct fans disappointed, as they ask what's really going on with the in-development sequel.

It sounds like Nintendo is taking a leaf out of Lon Lon Ranch owner Talon's book and is sleeping on the job when it comes to The Legend of Zelda: Breath of the Wild 2. While the long-awaited Nintendo Direct announced a tonne of new games like Mario Golf: Super Rush, Star Wars Hunters, Fall Guys: Ultimate Knockout for Switch, and the arrival of Mario in Animal Crossing: New Horizons, there wasn't a hint of Breath of the Wild 2.

Come on Nintendo, you even had the perfect opportunity for an update alongside remastering of The Legend of Zelda: Skyward Sword for later this year. There was plenty of Zelda-related news thanks to a Hyrule Warriors: Age of Calamity Expansion Pass settling in nicely with the Skyward Sword announcement, but still, no real update on Breath of the Wild 2. Considering the game was first announced for Nintendo Switch and Switch Lite at E3 2019, gamers might expect a little more news by now. Seriously, are the devs trapped in Lord Jabu Jabu's belly or something?

Why were fans disappointed by the Breath of the Wild 2 announcement?

Although there was technically a Breath of the Wild 2 announcement, the disappointment comes from the fact there was no announcement. Instead, BotW2 Director Eiji Aounuma said development is going well, and he's planning on giving an update sometime later in the year: "We apologize. Development is proceeding smoothly, and we should be able to bring you some new information this year. For now, we'll have to ask you to wait just a bit longer".

Considering the last full Nintendo Direct was September 4, 2019, fans had rightly expected something a little more from Hyrule. The other Zelda announcements were all well and good, but on the whole, we were vexed there wasn't even a tease of what's been going on behind the castle doors with Breath of the Wild 2. Do we have another Grand Theft Auto 6 situation on our hands where some doubt we'll ever see the game? Well, not quite.

Alan Echeverria
@GamerWinner55
All of us watching the #NintendoDirect waiting for a Breath of the Wild 2 announcement. 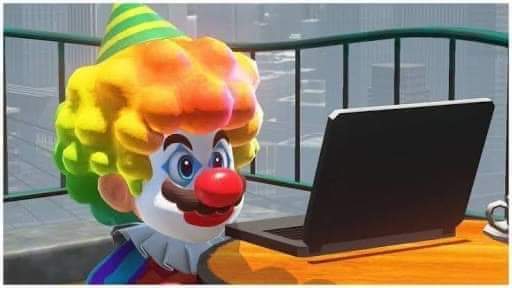 Chris Ray Gun ðŸ‡µðŸ‡·
@ChrisRGun
"I know you expected Breath of the Wild 2, but it's not ready yet. Here's Skyward Sword."
I feel like I'm watching somebody's meme
224
2567

At least Aounuma's Breath of the Wild 2 announcement (or lack of) confirms the game is still ticking along nicely. Cleverly, by not giving a release date, it means Nintendo isn't locked in to a specific timeframe. Look at the PR disaster both CD Projekt Red and 343 Industries have faced with Cyberpunk 2077 and Halo Infinite delays. Still, the fact we were given a Breath of the Wild 2  teaser trailer when the title was first announced, should've at least suggested Nintendo would have something to show us.

Aside from the game being a true sequel to the beloved Breath of the Wild - and looking like Ganon has once again escaped his hellish fate - we have no idea what the game will be like. The teaser trailer showed the same style of graphics as Breath of the Wild, suggesting the next game will retain that Skyward Sword-inspired look. Still, it's frustrating that we've had a whole Hyrule Warriors game - AND now expansion - while there's been no update on BotW2. Nintendo is really pushing that whole patience is a virtue vibe.

What's next for Breath of the Wild 2 announcements? This is a certified hood classic
@VG_champion
Nintendo fans after they don't give a release date for Bayonetta 3, Metroid prime 4, Half life 3, Silksong, Big chungus simulator, Breath of the wild 2, Princess peach sex simulator and Mario kart 9 during the nintendo direct

With Aounuma promising more news this year, there's at least hope we'll get a trailer before 2021 bows out. The Nintendo Direct might've proved some naysayers wrong that the gaming goliath is sleeping on its big IPs, but when it comes to Zelda, we're rightly a little underwhelmed. Prior to the Direct, there were rumours of a Zelda remastered collection, with hopes we'd get a next-gen version of Majora's Mask or Wind Waker. For now, it looks like we'll have to make do with Skyward Sword - which we're not mad about.

When it comes to Breath of the Wild 2, it makes sense the team is taking its time. The original Breath of the Wild launched in 2017 and became a flagship title for the much younger Nintendo Switch. Up there with Ocarina of Time, it's held by many as one of the (if not the) best Zelda games of all time. Keeping this in mind, there's a lot riding on the success of Breath of the Wild 2. If that means waiting a little longer for an adventure that can potentially topple its predecessor from the top, we're all here for it. We'd just quite like The Legend of Zelda: Breath of the Wild 2 to come out before the mythical GTA 6.