Eli Roth's Borderlands movie gets underway, as the first photos from the live-action video game adaptation make their way online.

We're blasting off to Pandora with the first photos from Eli Roth's live-action Borderlands movie. Bringing Gearbox Software's award-winning first-person shooter to life on the silver screen, Borderlands has nabbed an all-star cast that includes Cate Blanchett, Kevin Hart, Jamie Lee Curtis, and Jack Black. While a Borderlands movie was first in the works all the way back in 2015, filming is finally underway in Budapest.

Since the release of the first game in 2009, Borderlands has grown to become a franchise of epic proportions that's spun out into two sequels, various spinoffs, novels, and comic books. A movie is the final step in making the goliath gaming series a mainstream hit, with high hopes this could be the next Milla Jovovich-led Resident Evil and not another Alicia VikanderTomb Raider. The bulging cast has finally added its final names, as Borderlands gets going on what we imagine isn't a cheap shoot.

What do the first Borderlands movie photos show? 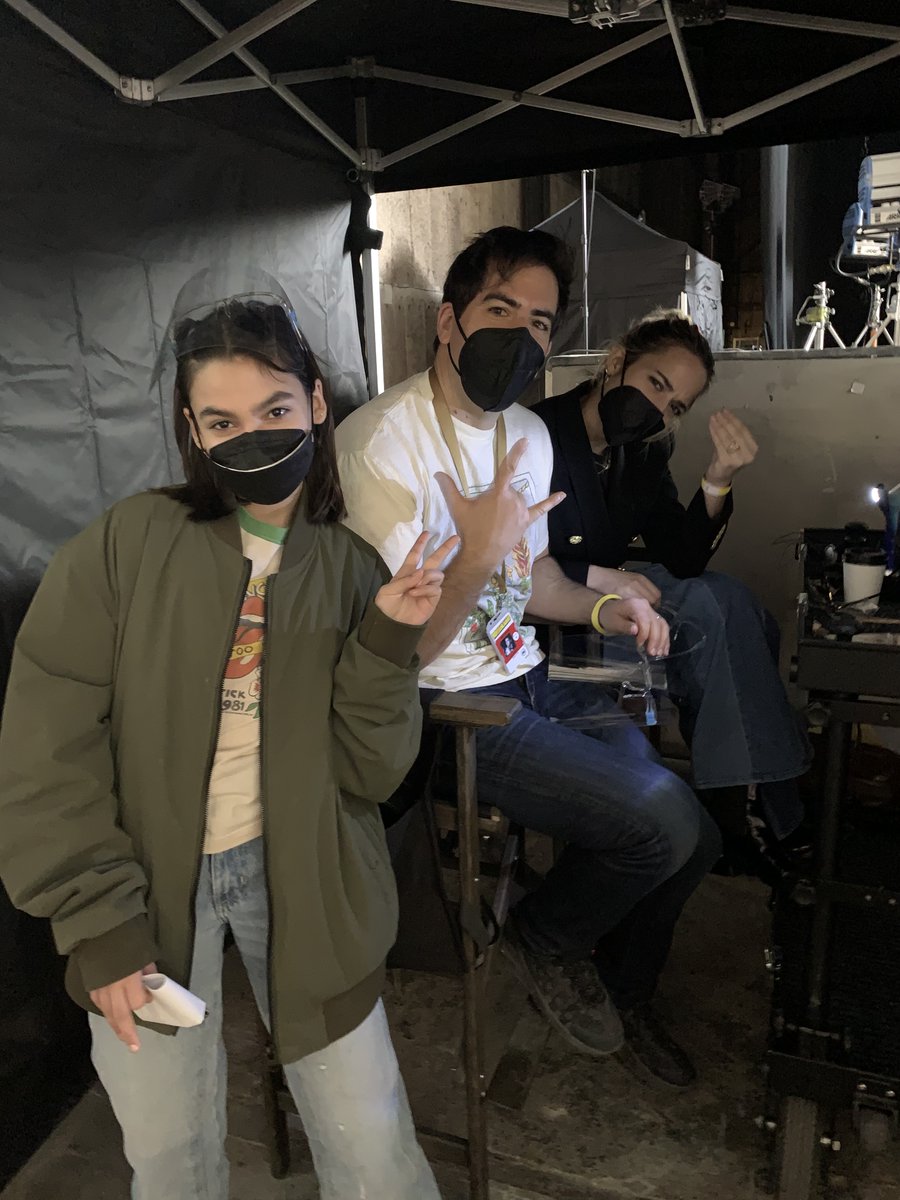 One of the latest additions to Borderlands is Ariana Greenblatt, who will be playing the fan-favourite Tiny Tina. The 13-year-old plays the unhinged explosives expert who first appeared in Borderlands 2 and again popped up in Borderlands: The Pre-Sequel and Borderlands 3. Greenblatt shared a photo of herself alongside Roth on-set and wrote, "We out here, cameras rolling Day 1 #BorderlandsMovie". The cameras officially started rolling in Hungary on April 1 - and no, it wasn't an April Fool's joke. Although the first-look image doesn't give much away, it confirms production is getting started while adhering to COVID-19 precautions.

Borderlands is based on a script from Chernobyl's Craig Mazin, who is also working on a live-action adaptation of Naughty Dog's The Last of Us for HBO. Mazin is shaping up to be the Kevin Feige of the video game adaptation world and is a hot property right now. The movie's synopsis confirms that Blanchett is playing vault hunter Lilith, who goes up against the evil Atlas Corporation to hunt for its CEO's missing daughter. Lilith forms a rag-tag squad of rogues that's made up of familiar faces from her past and new acquaintances. Alongside Greenblatt, the cast recently added American Crime Story's Edgar Ramirez as the villainous Atlas.

What else do we know about the Borderlands movie?

Randy Pitchford
@DuvalMagic
To the interested: The Borderlands Cinematic Universe is not identical to the Borderlands Videogame Universe. We are authentic to characters, tone and style, but allow for independent storylines. The mediums are not the same, so the content should not be bound to the same rules.
179
2153

Interestingly, the latest reports claim the movie might not be set in the same universe as the games. Much like Sony's Resident Evil movies took some massive liberties with the source material - even introducing the new creation of Alice as the lead - it sounds like Roth is carving his path with Borderlands. Familiar faces like Lilith, Claptrap, and Tiny Tina are all there, but don't expect this to be a faithful retelling of the games. This might explain why Jamie Lee Curtis' role as Dr. Patricia Tannis looks like such a departure from her video game counterpart.

Posting on Twitter, Gearbox founder Randy Pitchford explained, "To the interested: The Borderlands Cinematic Universe is not identical to the Borderlands Videogame Universe. We are authentic to characters, tone and style, but allow for independent storylines. The mediums are not the same, so the content should not be bound to the same rules". To be honest, we just want the first one to be a hit, so there'll be a Borderlands 2 that can cast Robert Downey Jr., Brad Pitt, or Johnny Knoxville as Handsome Jack.

For those worried Borderlands will lose the essence of what made the games such a hit, you'll be pleased to know Pitchford is signed on as an Executive Producer and will presumably be keeping a close eye on things. After so many years of development hell already, here's hoping Borderlands is worth the wait