With Respawn Entertainment kicking off 2021 in style, we take a closer look at the Apex Legends Fight Night skins for Pathfinder's takeover.

Let's get ready to rumble as Apex Legends punches its way into Fight Night. Kicking off 2021 in style, Fight Night is the year's first Collection Event and unveils the new Fight Night reward track. There's also a new LTM titled the Airdrop Escalation Takeover and a Pathfinder Town Takeover to give the rockin' robot some much-needed attention.

Fight Night comes alongside a huge update that includes bug fixes and balance changes, however, it's the Fight Night skins that are all anyone is talking about. Respawn Entertainment is turning Apex into a boxing-themed fighter as Pathfinder puts us in the ring for a royale rumble of epic proportions. Importantly, Fight Night works alongside your Battle Pass, meaning you can kill two birds with one stone. The first rule of Fight Night is - let's talk about Fight Night.

Apex Legends Fight Night skins: What are they?

Apex Legends
@PlayApex
These boots are made for walking all over you. ðŸ‘¢
Shatter your opponents with the Self Reflection Loba skin, available starting Jan 5 in the Fight Night Collection Event.
866
8892

Respawn has been teasing what's on the way in Fight Night with the reveal of several skins. There are 24 time-limited cosmetics coming as part of Fight Night. If you unlock them all, you'll also be gifted the Gibraltar Heirloom. Most of the skins here are Legendary-tier, with a few Epics and even a Rare from the Prize Tracker Reward Track. Most of the skins can be unlocked, but Pathfinder's Memoir Noir yellow suit that appeared in the various promos is only available as a premium store bundle.

Respawn has already shown off the Self Reflection Loba skin and the Worlds Apart Lifeline skin, however, the full list includes the following:

Everyone is sure to have their favourite Fight Night skins, but we're a big fan of the French-themed beret look for Wattson, an Assassin's Creed-inspired Revenant, and Mirage looking like he's been pulled directly from the '80s.

Apex Legends Fight Night: What else is new? 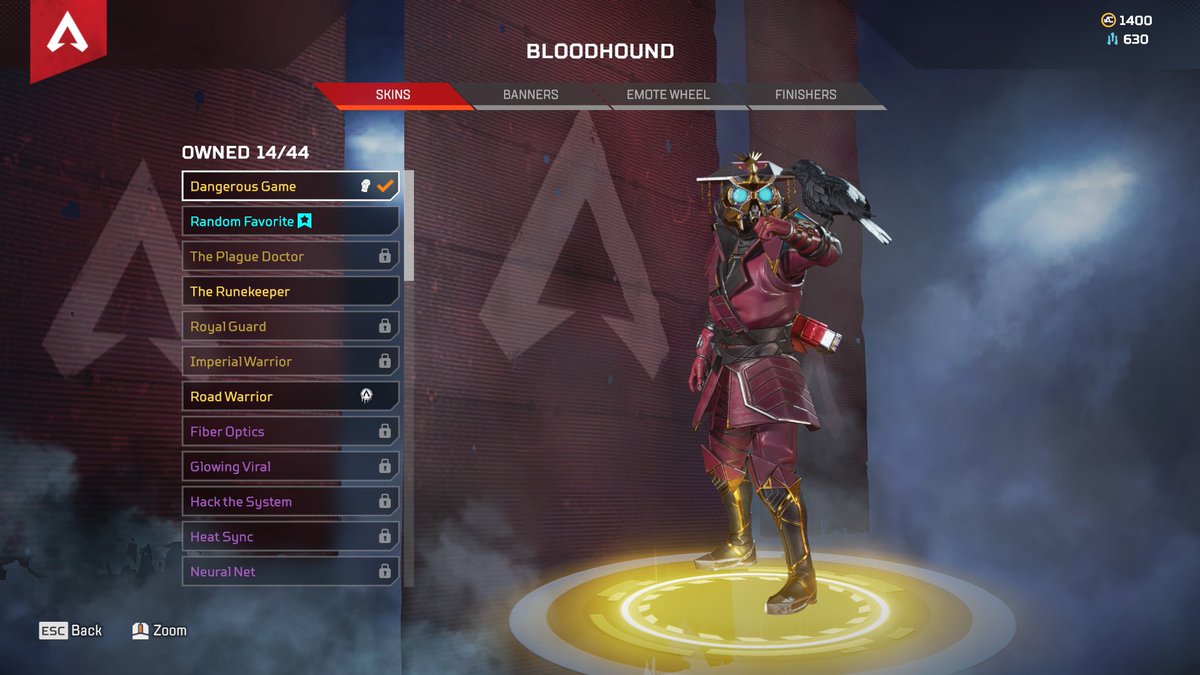 Elsewhere, the classic 'Play Apex' mode has been replaced by Airdrop Escalation. The takeover mode will play similar to standard Play Apex, except with plenty more airdrops. Expect the bullets to fly as every airdrop will come with fully-kitted weapons. The match starts with a few airdrops sprinkled around the map, but as each round continues, the number of airdrops increases.

With Pathfinder’s Town Takeover, players are thrown into the ring to take each other on in a hand-to-hand boxing match in a new area called the Ring. It's fists only, as one will become victorious and leave the Ring with some exclusive loot. With the event live now, you'd better lace up your gloves and jump into the action to make the most of the latest Apex Legends Fight Night skins.