Fortnite Chapter 2 Season 2 (titled ‘Top Secret’) was released this week with a lot of new features, including new POI’s, mythic weapons and NPC opponents. There are also two new elements that Apex Legends fans have taken to Twitter to complain about; loot vaults and the Tier 100 skin of the Fortnite Battle Pass.

Apex Legends has had loot vaults since October 2019; a veritable treasure trove of high-level weapons and shields (amongst other items), and it seems Fortnite has followed suit. Fortnite players can now eliminate an NPC to get a keycard which grants them access to the vault. This has led to a “copycat” uproar on social media, with Apex fans making jokes at Fortnite's expense and the very real possibility that some purposeful replication could be going on at Epic Games HQ...

The Tier 100 skin of the Chapter 2 Season 2 Fortnite Battle Pass is called “Midas”, and boasts different outfit changes based on which faction you choose (Shadow or Ghost), and bears an uncanny resemblance to "Surveillance Expert" Crypto from Apex Legends. From the fade haircut to the neck tattoos, to an image of him holding a device very similar to Crypto’s drone screen, it all seems rather suspicious.

Sweazy leaks & News⚡️
@Sweazyleaks
Fortnite : Can i Copy your homework?
.
Apex : Sure, just change a Little so it can't be obvious
.
The Homework: 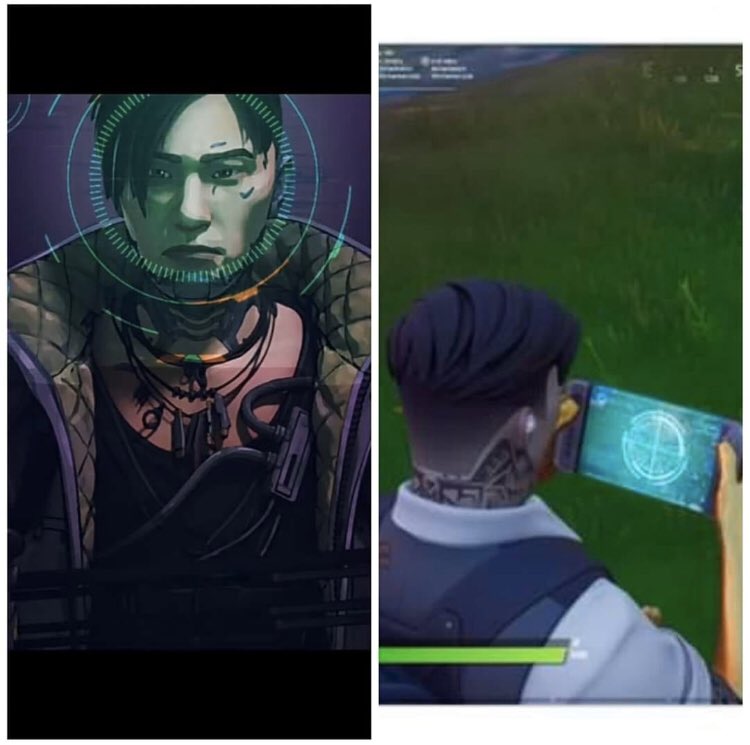 This isn’t the first time Fortnite has been accused of copying Respawn Entertainments' ideas. The ping system (used for non-verbal communication in matches) and respawn vans also appeared in the Fortnite world, with questionably quick effect.

Will we soon see void-jumping and electric fences in Fortnite Battle Royale? Only time will tell. And another Apex update…