AI Adds Waluigi To Smash - And The Results Are Horrifying

After months of keeping on us on the edge of our seat, Nintendo finally revealed that the newest fighter in Smash Bros. Ultimate would be Sora from Kingdom Hearts. There were plenty of options, but finally, the KH favourite has made the leap

There was a legion of Mario fans who were devastated that Waluigi would not be joining his best pal Wario in the upcoming game. Waluigi has become something of a Smash Bros. joke - despite being one of the most popular characters in the Mushroom Kingdom and already appearing in the likes of Mario Tennis and Mario Kart. One Waluigi enthusiast took matters into his own hands with the help of AI - and the results will haunt your dreams. Here it is. This is what Waluigi would look if he was in Smash Bros. Ultimate, and it's safe to say, he would be the scariest fighter of them all.

Writing at Kotaku, Walker said: "As someone who unironically loves the lanky, purple doofus, I was devastated by Sakurai’s indifference. So devastated, in fact, that I asked one of those fancy image-generating AIs to spend an entire day imagining what it would look like if Waluigi finally received an invitation to Smash." As one person commented on the article: "This is how my nightmares look". If Picasso was into his Super Mario, this would probably be the results.

When talking about the above picture, Walker continued: "Here we see Waluigi's body being dissolved in the trans-dimensional rift. The process is no doubt incredibly painful but I’m guessing it’s nothing compared to the agonizing reality of his continued existence."

How Was Cursed Waluigi Created? 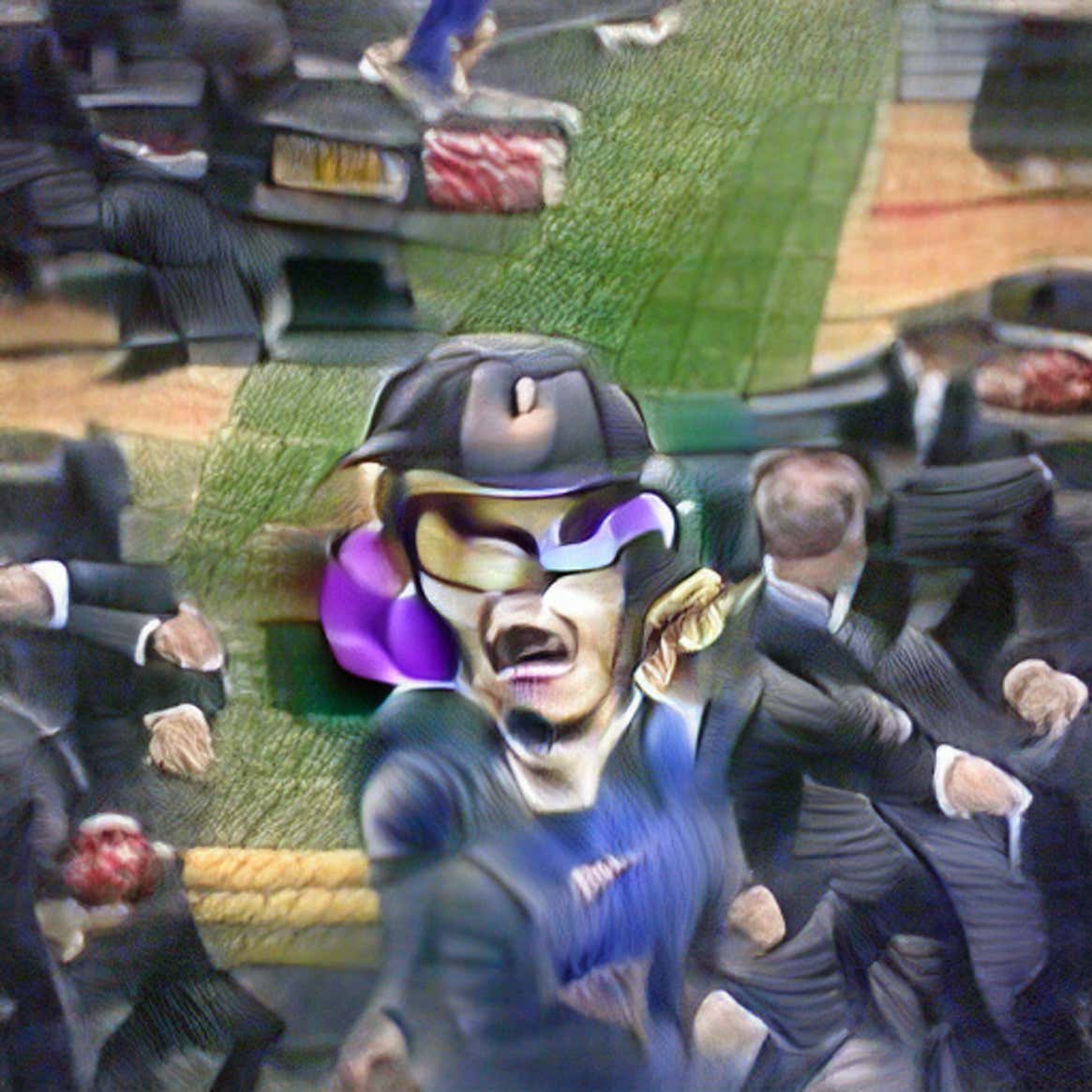 The images may make us want to go "Wah!", but you can't deny the incredible work of the AI bots here all from a simple prompt. Walker credited Bearsharktopus Development Studios for their work in letting Waluigi live his dream as a fighter in Smash Bros. Ultimate. Their work can, also, be found on the Twitter pages ai_curio and ai_curio_bot.

Both Master Chief and Doomguy were popular favourites for taking the final spot on the fighter list for Smash Bros. Ultimate. Now Waluigi has had his moment of glory, it might be time for these two characters to get their own AI treatment.

Trending
Smash Bros
Dentist Will Clean Your Teeth For Free If You Can Beat Him In Smash
Smash Bros
Doomguy Teased As Final Smash Bros. Ultimate Character
Animal Crossing
Leaker Confirms Everything Coming In The Next Nintendo Direct
Advertisement